Why enterprises should know about Node.js 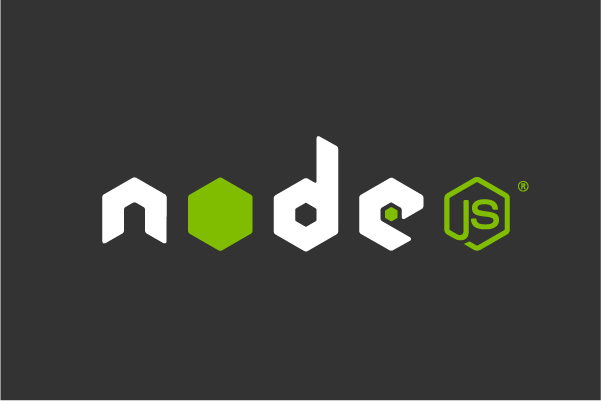 Node.js is a server side JavaScript platform and is used for building fast, scalable network applications. It is currently one of the hottest programming tools when it comes to developing interactive websites and applications.

As a business decision maker, you might not care as to which programming language or framework is used to develop your website or mobile app and how it works. What you care about is good performance, and that is exactly what Node.js gives you and why you need to know about it.
Node.js – a brief history

It was created by Ryan Dahl in 2009 and is currently sponsored by Joyent. Node.js is not a programming language. That would be JavaScript, on which it is based.

Node.js is an open-source, a cross-platform runtime environment that uses the capability of JavaScript for server-side network programming and is being used in the creation of desktop and mobile applications.
It runs on JavaScript and uses the V8 engine developed by Google for use in its Chrome browser. The “engine” is a process which interprets and executes JavaScript, one of the most commonly used technologies in web browsers. 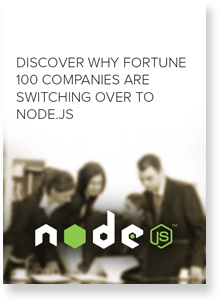 Discover why Fortune 100 companies are switching over to Node.js

Node.js is a JavaScript based programming language. It is getting popular with enterprises that have a need for apps that are fast, lightweight and run on fewer servers.

Why businesses are adopting it
The event-driven, non-blocking I/O model of Node.js makes it lightweight and efficient, and perfect for handling data-intensive real-time applications that run across distributed devices.

Node.js also makes a much smaller footprint on your web server. It allocates web server resources on an as-needed basis, not pre-allocating a large chunk of resources for each user. This means that Node.js can give you good performance while using fewer servers compared to other frameworks.

Applications created with Node.js are capable of handling a high number of simultaneous connections and can save enterprises operating costs on infrastructure.
Developer support for Node.js
Businesses are often hesitant about adopting open source projects since there is a misconception that there won’t be enough modules to extend its functionality and also security concerns.

On www.node-modules.com there are 181,486 modules available as of writing this blog post. This means that the programmers can easily and quickly build applications using code that is “off-the-shelf”, instead of re-inventing the wheel.

It is also easy to learn for developers since it is based in JavaScript. This means cheaper development for a business. Developers can use the node.js modules available on GitHub and other sites which again translates into cheaper development costs as well as faster delivery.
The way Node.js works can also be understood by the restaurant analogy given below.

Application areas for Node.js
Node.js is great for many things, but it’s not a one-size-fits-all technology. There are some things that it excels at and others where different technologies should be used. These are the things that you should be using Node.js for –

Real world examples of Node.js
LinkedIn – The company is one of the earliest adopters of Node.js and uses it to power its entire mobile software stack. The result – the number of servers used were reduced from 30 to just 3 and the system saw improved speeds of up to 20 times the previous performance.
GroupOn – Node.js is used for its back-end services and has reportedly improved page load times up to 50% faster than before.
Walmart – Used Node.js to handle all its mobile traffic on Black Friday 2013.
Microsoft – The tech giant wants Windows 10 to play a big part in the IoT industry and is bringing Node.js to the IoT Core Edition of Windows 10.
These are just some of the companies using Node.js. To see a bigger list, you can check out GitHub’s updated list.
Our developers are using Node.js for a variety of exciting projects. Talk to our solution architects to know if Node.js is the right choice for your next project.