Why Golang is a better choice for your upcoming web project 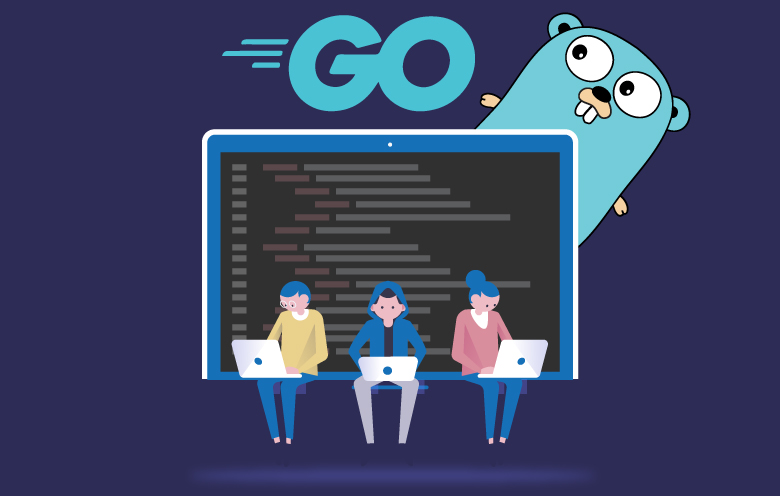 Golang, or commonly known as Go, is one of the youngest programming languages that has been gaining popularity these days due to wide-ranging user applications. Thanks to its expressiveness, high performance and compilation speed that it has been able to solve a lot of problems for business owners and developers.

Moreover, the Go language is extremely flexible and scalable that businesses across industries are using it to leverage machine learning, networking, programming, big data, website building, audio/video editing, and more. It has drawn the attention of many eminent business giants including, Uber, Alibaba, Facebook, BBC, Intel, Netflix and Twitter. All these tech giants leveraging Golang development services demonstrate different use cases of Golang for various industries.

With the growing popularity and demand for this next-generation programming language, its applications are also increasing exponentially. This blog post presents a few business use cases of the Go programming language to help you build projects with high speed, security and scalability.

Let’s have a look at the top five user applications of Golang that can help you to redefine your underlying services and products.

Cloud computing is one of the crucial factors of modern software architecture that is used to design and build software applications capable of scaling and sharing resources. And Golang being a modern cross-platform programming language is an excellent choice for cloud-native applications and microservices. It enables you to rapidly develop scalable and reliable cloud apps to meet the current needs of your consumers. It also allows you to build your Go application in Kubernetes using Docker containerization. Kubernetes is written in Go that can provide you auto-scaling and multi-cluster support.

For instance: MercadoLibre – an Argentine company based in the U.S. dedicated to e-commerce and online auctions is handling its large volume of traffic dynamically using Golang. The wide-ranging and well-curated Go toolkits enable MercadoLibre’s experienced engineers to build highly critical cloud-native apps quickly and efficiently.

2. To create fast and elegant CLIs

Have you ever wondered that in the world of Graphic User Interface (GUI), what is the use of Command Line Interface (CLI)? CLI, unlike GUI, is a text-only interface, and it works on the principle of software engineering that is best suited for task-based automation. Go offers an easy-to-use interface to build CLI-based infrastructure and cloud apps having remote and automation capabilities. However, for developing CLI tools and applications in Golang, developers are using these two leading tools: Cobra and Viper.

For Instance: Comcast – an American telecommunications conglomerate, uses Golang for a CLI client that lets the company manage, subscribe and publish high traffic sites to clients. Not only this, but the company has also used Go to support its open-source Apache Pulsar Client library.

3. To support DevOps and SRE

The Go language has found a growing user base in DevOps (Development Operations) and SRE (Site Reliability Engineering). As Golang works on the principle – ‘build once and promote throughout’ it is a perfect fit for projects that follow CI/CD practices. It not only enables you to automate and improve your CI/CD processes but also can help you make your websites more reliable and scalable. To sum it up, Go serves both DevOps and SRE, ranging from CLIs, small scripts to complex automation services.

For instance: CI/CD tools like Kubernetes and Docker, written in Golang, have offered IBM’s DevOps team a user-friendly interface to streamline their DevOps processes. Also, to easily send and receive messages to its messaging middleware IBM MQ, the company has introduced Go-based API builds.

Golang can facilitate you with excellent support to build and manage highly-scalable databases. Go database drivers have the ability to enable you to easily work with standard SQL and other database packages like Oracle, MongoDB, Postgres, MySQL, BigQuery, SQLite, Redis and more. Let’s have a look at some of Golang databases and drivers:

For instance: The online content publishing website, Medium, uses Golang to manage and scale its database. The company uses a unique service written in Go to manage its database, commonly referred to as ‘GoSocial’.

Golang is well-suited for web development and to build scalable multiprocessor systems. It can help your business to cut through the complexities faced either by you or your developers while developing the latest web apps and software. Golang can not only enable you to build web apps from scratch but also let you build authentication systems to deliver greater security. Some of the best Go frameworks for web development include Mango, Martini, Flamingo, HTTP/Net, Beego, Echo and GoCraft.

For instance: The UK government uses Golang to build performant I/O-bound applications and HTTP infrastructure. After getting convinced with the language’s HTTP/Net package and concurrency model, the web developers of GOV.UK also carried out a few experiments on building a new router for the government.

Some real-world use cases:

The world’s popular media service provider and production company – Netflix is also using Golang for enterprise development. The company is mainly using the Go programming language for optimized server loading and data processing. Netflix’s web developers were in search of a programming language, having lower latency than Java and more productive than C. Golang appeared to meet their expectations by enabling them to handle millions of client connections simultaneously.

The taxi giant Uber is using the Go programming language to enhance their map processing speeds and automate their decision-making process. The company also created a microservice using Golang that helped to build its highest query per second service (QPS). Thus, Golang enabled Uber to reduce its customer service wait times significantly. Golang also helps the taxi giant in the following ways:
1. To achieve high-throughput and low-latency
2. To manage CPU intensive workload
3. To get fresh and new geofence data

Ever since Golang has emerged, it has held the entire programming world by surprise. Although Golang is still a relatively new programming language, it has turned to have a much broader reach than anyone would have ever expected.

Go is changing programming for the better, and it is enabling companies to scale and optimize their business. If you are looking to migrate to the Go language, then get in touch with our team of experts who will help you to develop, deploy and streamline business-ready web and mobile apps.