Microsoft HoloLens is set to change the face of healthcare 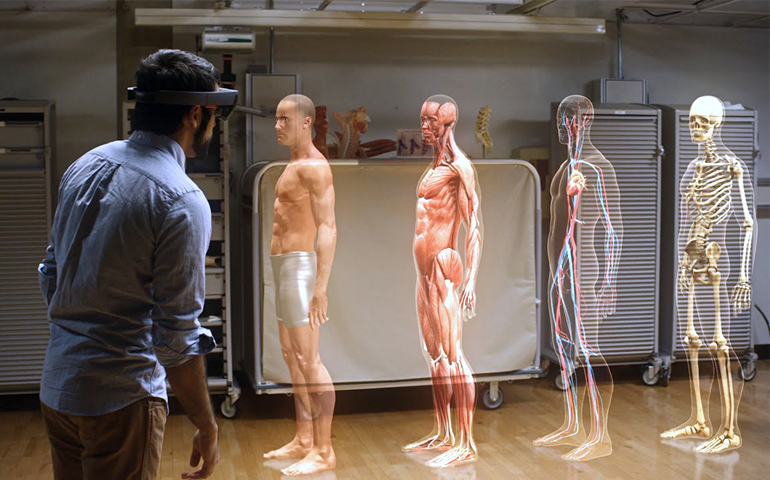 Microsoft HoloLens – the first holographic computer that permits users to interact with holograms in the physical environment. It allows users to communicate, visualize and instruct in a far better manner than they usually can.

While applications of this wearable, which comes with high-definition lenses, spatial sound recognition, and without any kind of cables or wires seem endless, for now, let’s focus on how HoloLens app developer team can bring up amazing opportunities for the healthcare sector. 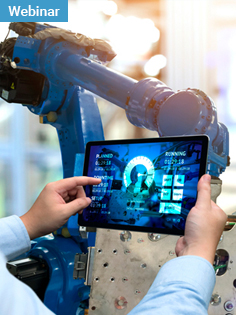 AR, IoT and AI – How HoloLens 2 is driving the future of industrial AR applications

Microsoft HoloLens can create a foundation for medical education by allowing students to practice on hologram modeling of human organs and body. According to Dr. Mark Griswold of the Case Western Reserve University, medical students won’t need cadavers for their practice; instead, they can do the the same with a holographic human body. With HoloLens, they can not only receive remote instructions on what to do and what not to do, but also learn by performing each step of surgery on the holographic model.

HoloLens can create a simulated environment for doctors and nurses to get a virtual but realistic experience of dealing with victims during natural calamities like earthquake, drought, tsunami, etc. On the other hand, they can also provide help to people who are facing unnatural disasters like a plane crash or a terrorist attack.

Telemedicine can drastically improve as doctors and nurses can experience the situation during disaster scenarios or when the patient is at a distant location by connecting with them via a virtual environment. Clinicians can make telemedicine more interactive and customized as they can enter the patient’s environment and get a more realistic view of the entire situation. HoloLens can also come handy during medical emergencies as doctors can guide any bystander on how to perform certain medical techniques such as CPR to help the patient survive until medical professionals arrive at the emergency spot.

They say a picture is worth a thousand words, but the visuals generated by HoloLens are without a doubt, worth a thousand pictures. These visuals are equally helpful to patients as they are to practitioners. At times, patients need someone to guide them on how to use a specific medical device or technology. With HoloLens, patients can leverage visual guides and demos to know how something works, making it easier and way more fun.

Not just that, prostheses has a great potential with HoloLens because it can change the way limbs are created. Till date, prosthetists have been using conventional techniques like casting and molding to design new limbs for patients. But now, with the help of HoloLens, a personalized prosthetic can be designed that can perfectly fit the patient’s anatomy.

Better understanding of diseases and symptoms

Using HoloLens, patients can better express how they feel, especially the ones that are suffering from some psychiatric disorder. Such patients can create an environment that they feel they are a part of. Later, doctors can enter the environment that patients have created to understand the patient’s perspective of the surrounding world. With such a technique, patients may feel at ease since they are now assured that their message is properly conveyed. HoloLens app developers can create a bridge that eliminates the gap between the patient and the doctor, thus allowing doctors to come up with a relevant therapeutic solution.

Microsoft HoloLens can prove to be a boon for the healthcare sector as it provides a common platform to medicine practitioners and patients to mutually understand medical scenarios and thus improve patient care and transform the healthcare industry. As mentioned earlier, applications of HoloLens are limitless as it has helped various other industries to change the way they work. With the help of HoloLens app development services, we can get things done in an efficient and effective manner.