Did you upgrade your app for the HoloLens 2 device? 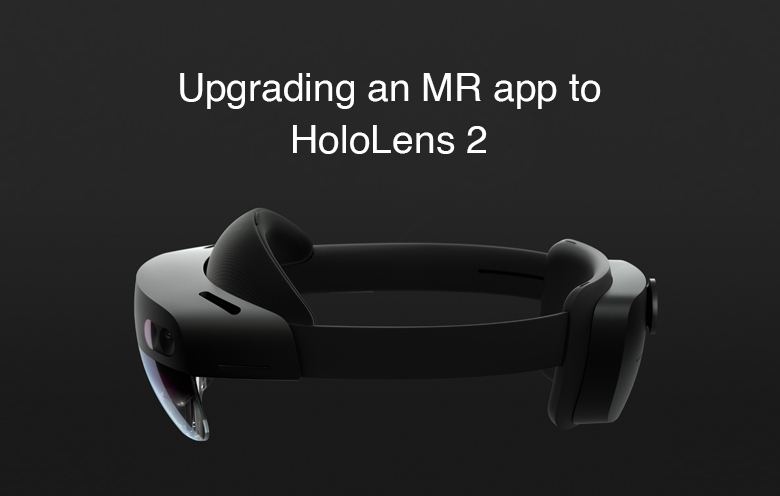 The launch of Microsoft HoloLens gave birth to a revolution in the field of augmented reality in 2016. It was a “never thought before” concept that was designed and contained in a handy self-powered computer. It gives users an augmented or mixed reality experience that makes interactive augmentations so realistic like they exist in the real world.

Though it provides an amazing experience, the HoloLens headset has an extremely limited field of vision. So, viewing through the device is like seeing through a window into an augmented version of reality and not all around you.

Three years later, Microsoft launched HoloLens 2 with more features, functions and capabilities. This made HoloLens application development more convenient for the developers working in the field of augmented reality. Microsoft HoloLens 2 is an amazing hardware upgrade with greater comfort for front-line workers. Compared to its predecessor, HoloLens 2 has more computing power, better sensors, longer battery life and much more.

Some of the primary benefits of upgrading app to HoloLens 2

Where HoloLens 1 is not very comfortable for its users to wear for a long time due to its non-adjustable structure, HoloLens 2 takes care of the center of gravity to fit all shapes and sizes of human heads. The new design is sleek, three times more comfortable and lightweight. Another feature is its front visor that flips up due to which users don’t always have to take it off completely, every time they have to look outside the device.

The new HoloLens 2 has got a bigger field of view (FOV). This helps users to see more information and makes it more efficient. It almost has twice the field of view than the HoloLens 1. So, in place of 30 degrees, HoloLens 2 gives 52 degrees, which makes a huge difference in the way users see augmented reality through the device.

HoloLens 2 is designed to give better hand tracking and gesture control. It has new, more intuitive hand gestures, for easier content manipulation. When a user touches an AR object, it generates a sound which makes it more engaging, enjoyable, interactive and realistic. The user can run commands using a combination of their hand movement along with voice control.

The HoloLens 2 is equipped with two cameras that track the user’s eye and detect the object at which the user is looking to provide a better interactive experience.

There are certain requirements that need to be taken care of before you proceed for HoloLens 2 app migration, such as:

I. Install the tools

Before you build your app, you need to equip yourself with all the tools that are needed to build applications for Microsoft HoloLens and Windows Mixed Reality immersive (VR) headsets.

Windows 10
Install the recent version of Windows 10 to match your PC’s operating system with the platform you’re building a mixed reality application for.

Windows 10 SDK
This provides the latest headers, libraries, metadata and tools that are required for building Windows 10 apps on HoloLens 2.

HoloLens 2 Emulator and HoloLens Emulator
You can run applications on a HoloLens virtual machine image without a physical HoloLens using the emulator.

3.PC set up for upgrading mixed reality app
The Windows 10 SDK is the best option for the Windows 10 operating system. It is also supported on:

The HoloLens 2 device is an advanced and upgraded version of its predecessor. It is very important to have proper knowledge of the hardware and software if you’re planning for HoloLens 2 app upgrade. Though ample information is available online regarding the development of applications for HoloLens 2, successful development requires excellent knowledge and experience.

Hence, it is advisable that you hire experts from a HoloLens app development company for a successful upgrade/development of your existing/new application. This would save you time and speed up the development process. To know more about how to upgrade your app for HoloLens 2, get in touch with our experts.