Who is winning at FIFA 2022 in Qatar? Certainly, these innovative technologies! 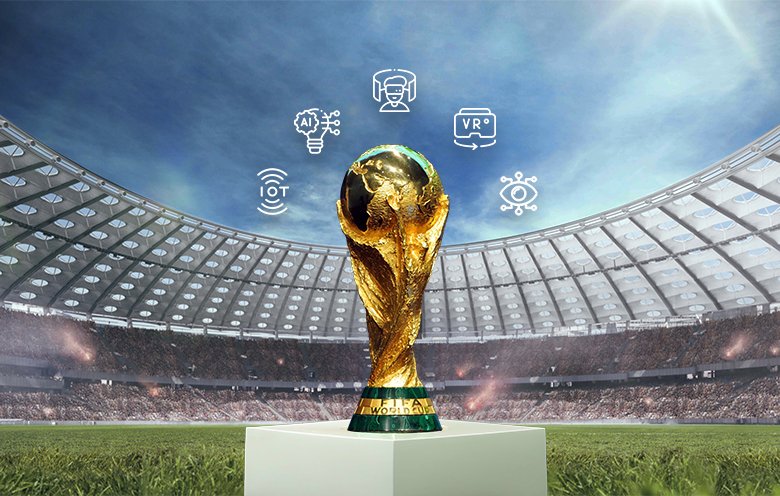 FIFA 2022 not only promises lots of fun, but it also offers technical advancements that make the game even better to enjoy and play. While several industries are on the path of adopting digital transformation, FIFA is winning the race. With technologies like the Internet of Things (IoT), augmented reality (AR), virtual reality (VR), computer vision and many more, FIFA 2022 is bringing some big tech players on the field. Let’s check out how it is changing the gaming paradigm. Al Rihla means ‘the journey’ in Arabic. The official match ball used in FIFA 2022 is, just like its name suggests, rich in culture and context. However, that’s not the only fascinating thing about Al Rihla. An interesting fact about this connected ball is that it provides precise ball data. This data is made available to Video Match Officials in real-time. It is the first-of-its-kind ball printed with water-based inks and glues.

As per FIFA, this ball travels faster in flight than any other in the tournament’s history, supporting high-speed and high-quality games.

How does the connected ball technology work?

This stunning and sustainable ball has been rigorously tested multiple times by several professionals and different football clubs. The verdict: no perceived change in performance. It helps in passing information about offside situations as well as assisting in detecting unclear touches. Thereby, Al Rihla improves the quality and speed of the VAR decision-making process.

This IoT-enabled solution certainly is a game changer, pun intended!

This technology uses 12 dedicated tracking cameras that are mounted under the roof of the stadium. They track the ball and calculate the exact position of an individual player with up to 296 data points, 50 times per second. The 29 collected data points include all limbs and extremities that are pertinent for making offside calls.

You can see the working of this technology in the video showcasing a goal hit by Vini Jr.

Why and how was Vini Jr.’s goal ruled out for offside?

The offside rule is arguably the most complex aspect of football that plays a vital role in shaping the game. To make it clear for the referees to take the correct decision, FIFA introduced Al Rihla and semi-automated offside technology. 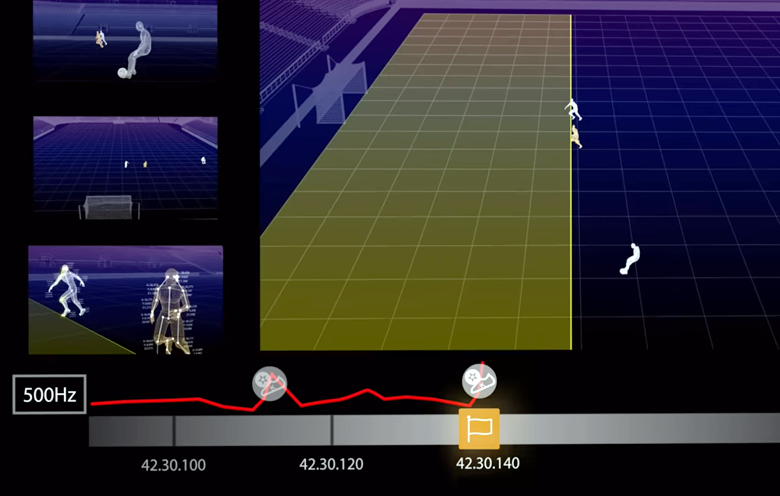 In one of the interesting matches between Brazil and Switzerland, Vini Jr. seemed to have scored an opening goal for Brazil. Before the counterattack, this Brazilian player was restricted by Richarlison. However, he managed to overcome the hurdle and hit a goal, only to be dismissed after a prolonged delay.

Considering inputs from semi-automated offside technology and VAR check, the referee decided to drag the game back to a stalemate.

Unfortunately for Brazil, they couldn’t get a kick out of it!

With millions of people watching (in the stadium and live at home), the pressure feels real for the players. They need to analyze their actions to improve their performance. FIFA Player App is specially built for players to share insights on their on-field performance. FIFA has developed the mobile application based on inputs from professional players and FIFPRO, the global representative of professional footballers.

All the data collected by the given metrics is then synchronized with match footage and still photographs and, other information and media. It is then shared with each player shortly after the final whistle.

The FIFA Player App is enabling players to bring their A-game to the field!

If you’re feeling hot, it’s because you’re in Qatar, witnessing the excitement at FIFA 2022. Qatar is a humid country with extreme heat, and to ensure that football fans who are visiting the place can view their favorite match peacefully, the stadiums have been powered with advanced cooling technology. 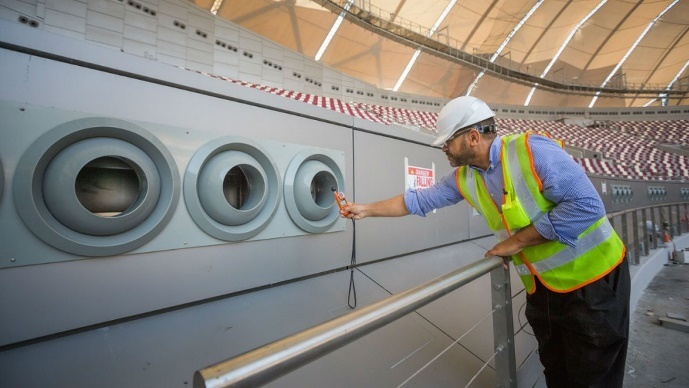 How does digital twin technology work at the Qatar stadiums?

A digital twin is a virtual representation of a real-world machine, device, process, or system. It helps users to visualize real-time data to understand what is happening and how it can be improved. It uses simulation, machine learning and data analytics to improve decision-making.

The stadiums have solar-powered cooling systems that condition and push air through the vents. This air flows on the pitch as well as in the seating area. A digital twin solution is installed inside the stadium network to collect real-time, live data from approximately 40,000 IoT devices. The cooling system is powered by the Johnson Controls OpenBlue digital platform and Microsoft Azure.

The digital twin is the expert at cooling off the fans!

FIFA 2022 started with a blast on November 20. The world cup will feature 64 matches across eight stadiums. The number of fans going to the stadium to enjoy watching their favorite team play is huge. The opening match itself saw a crowd of 67,372 people. Hence, it is imperative to carry out thorough surveillance for better security. Therefore, there are 15,000 cameras equipped with facial-recognition technology installed at the stadiums.

All the attendees are asked to fill out an official form, a digital identification app from the Qatari government. They must also upload a photo of their face and scan their passport. With facial recognition, the officials will be alerted in case of false entries, or if there are any unidentifiable items on the premises. This will help them with:

All eyes are on this massive event. Literally!

Previously, approximately 400,000 social media posts circulated on the internet during the semi-finals and finals of the UEFA Euro 2020 and 2021 Africa Cup of Nations men’s tournaments. Not all were praises or memes. Many posts were harsh and abusive.

According to FIFA, more than 50% of participating players across the UEFA Euro 2020 and 2021 Africa Cup of Nations men’s tournaments were abused on social media.

FIFA, along with FIFRA, decided to implement this AI technology to address the growing levels of targeted hate speech on social media.

Immersive football experience in the metaverse

FIFA joined hands with online gaming giant, Roblox, to give the fans an immersive experience. This partnership offers the Roblox community free-to-play access to an interactive game called FIFA World.

FIFA World is a virtual environment that celebrates the power of football and the rich history of its pinnacle events. – FIFA What does this ground-breaking partnership ensure?

This online gaming platform is powered by metaverse technologies like augmented reality (AR) and virtual reality (VR). It consists of various challenges and virtual items that a player can play and buy for their online avatar.

The opening ceremony for FIFA 2022 began on 22 November. Since then, there are many players, teams and fans winning over the Internet and people’s heart. From Japanese fans cleaning out the stadium after the game, to sporting ‘No Discrimination’ armbands as LGBTQIA+ armbands were banned – FIFA 2022 has its memorable moments so far.

Along with such wholesome instances, FIFA 2022 is also the winner for adopting advanced technologies to transform how we see the physical gaming industry. The stage, the pitch and the seating arena – are all powered by digital transformation, adding the excitement of fans and players.