A deep plunge into the coolest features of iOS 9 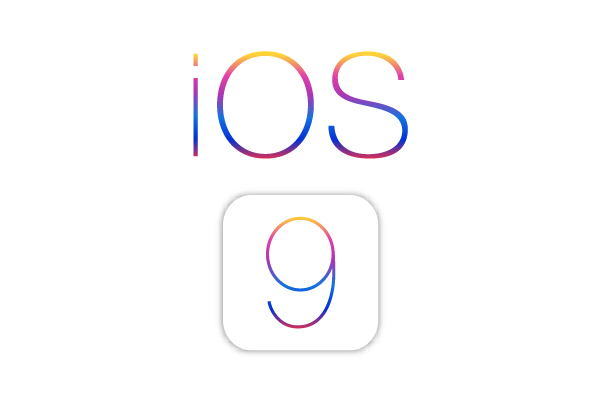 Just after the worldwide developers conference WWDC 2015 held between June 8-12 at San Francisco, Apple announced that its latest software version is to be launched soon which will run across the entire range of its products. It means Apple is readying a new version of the software- iOS 9.  Let’s take a deep plunge into the innovative features of the latest software system.

What’s different in the latest system that makes it a first choice for users to upgrade with? The latest version will be compatible with the iPhone 4s, iPad2, iPad mini, iPod touch fifth generation and later models. Already, Apple’s software specialists have made hundreds of tweaks. The look and feel of the latest version will remain the same but it will make its mobile devices faster, smarter, and more stable. If you want to have an early look and feel of the latest iOS 9, it will be available for public this week. The final version will come out in September later this year. Let’s have a sneak peek into the newest features of iOS 9.

iOS 9 is all set to dazzle with its new features which will unleash a marvelous experience with every touch. There is a lot to offer with the launch and I have tried my best to cover all in one post. Have a look and share your opinions and thoughts on it.

In a nutshell, I can summarize the top advantages of the coolest iOS 9 features as below:

Notes– Now Notes will become more noteworthy- it’s always great for jotting down your thoughts at any point of time they come in.

News– All the News you want, right where you want it. iOS 9 will pop up a new app to your Home screen and the feature News will collect the news from all sources of topics you’re interested in.

QuickType feature helps you in shaping the text in no time with advanced Shortcut Bar, Convenient editing tool, and you can select text with Multi-touch gestures.

Multitasking– Slide Over and you can open a second app without leaving the one you’re in, With the Split View feature of iPad Air 2 you can have two apps open and active at the same time. It means you can work on two apps simultaneously which also means your productivity gets doubled eventually. Let’s start working and enjoy playing in the two screens at same time.

CarPlay– Now your iPhone can assist you as a copilot in various tasks. If you use your car’s knobs to control CarPlay, you will be able to take full advantage of the way they tilt and spin to scroll through lists around in Maps.

Maps– Get around and see what’s around, you will be able to use public transportation with maps as your guide. In selected cities of the world a new transit view shows you station and lines on the map.

iOS 9, the latest Apple OS which is in beta version is all set with a slew of features and enhancement that you’re going to appreciate each day every time you use it. New features like multi-tasking, enhanced battery, News updates, texts and messaging are a few among many.   However, there are many improvements at the foundation of the operating system enhance performance, security, and battery life.

It is creating a new and better experience with each task every day.

The latest version of iOS9 is all set to bring key enhancements to several of apps- mail, messages, web, browsing, making notes, maps, etc. Built-in powerful apps are designed to unleash a marvelous experience with everyday tasks you perform. You can check-out the beta version until the real version gets announced for the public use.

As you already know Siri as a smart assistant you can talk to, but it is a technology powering Search on your iPhone and iPad devices. You can ask Siri to search specific pictures from one of your friend’s birthday you’ve taken a while ago. You can ask Siri to remind you about some specific tasks schedules when you reach your office etc. It helps you in deep search within a cluster of apps installed by you. Search relevant people, suggested apps, places nearby, and News etc.in the easiest way. In short, now Siri powers a more intelligent Search and it is making little things a lot easier. Let’s be prepared to get connected to your proactive assistant when it gets released.

There’s a lot more to explore yet Apple’s software surgeons have put a lot of effort into making things feel faster and more fluid, especially when moving between your emails, messages, websites, blogs, PDFs etc. You can also turn your iPhone device in Low Power mode, in Setting->-Battery- but you’ll be invited to turn it on when battery sinks below 20% and again when there’s 10% left. Isn’t that amazing?