Internet of Things in oil and gas: Is it time to invest? 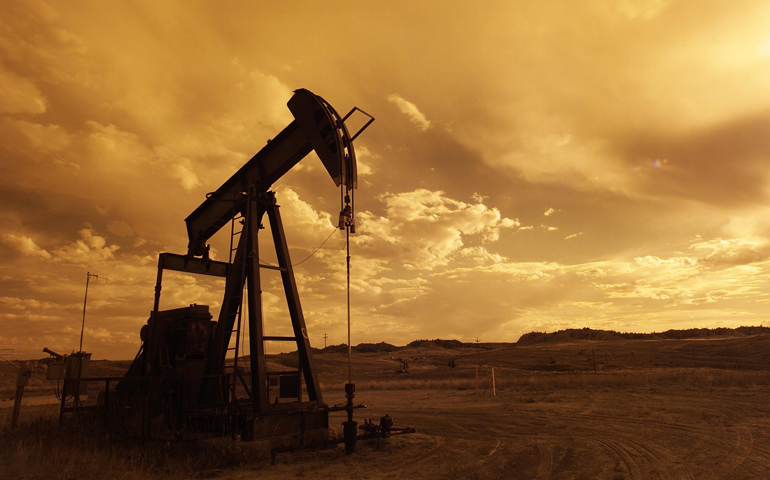 When a top drive stops or fails, serious repercussions happen on the generators in the engine room. The mud pumps get affected, when the shale shaker’s state is changing. When the filters in disposal wells block up, the entire disposal facility gets influenced. There are many such issues, each of which can sway the different stages of oil and gas business lifecycle – from upstream, midstream, and downstream to service in the field. It’s clear that the traditional condition-based monitoring solution is outdated, more expensive and less effective.
There are several other critical challenges in the mentioned above three sectors of the oil and gas industry:

In a nutshell, the oil and gas business needs more real-time, end-to-end connectivity of people, processes, data, and things across the upstream, midstream, and downstream sectors to improve operational efficiency and thus return the business to growth. That’s why the adoption of enterprise IoT platforms and big data are now perceived less as buzzwords and more as urgent priorities.
When it comes to IoT, many think in terms of microcontrollers, system-on-chip boards, single-board computers, sensors, and several other electronic components. Devices are undoubtedly the foundation of IoT, but the core value of a connected solution lies in the cornerstones of IoT – sensors, network, storage, and big data analytics.


Let’s see how IoT can help each sector of oil and gas business.

IoT in the upstream sector

Oil and gas reservoirs can be at depths of more than 3,000 meters in the oceans or trapped in geological faults where the rock is folded into complex structures. The era of easy-to-find oil and gas has ended. That’s why the usage of robots and sensors to analyze surface and subterranean environments could save millions of dollars and a tremendous amount of time.
Seismic nodes capture large amounts of images of local geology throughout each stage of field development which can be used to determine the location and size of possible oil and gas reservoir. Here, sensors enable measurement of physical effects such as temperature, pressure, chemical composition, acoustics, and how equipment performs in different environments. Together, these readings will help oil producers to:

Moreover, the upstream sector alone employs thousands of workers who are engaged in a variety of processes, and each function has potential safety risks. In fact, oil and gas workers are seven times more likely to be injured. That highlights the importance of worker safety. IoT in oil and gas can play a central role in ensuring the safety of such workers by detecting when critical pieces of equipment need replacement.

IoT in the midstream sector

Unintentional pipeline breaches are a real headache for midstream companies across the globe. With annual losses of $37.23 billion due to fuel leaks and thefts globally, companies are concerned about improving pipeline safety and reliability.

Nevertheless, Enbridge and TransCanada have installed sensors inside and outside of the pipelines to feel, see, hear, and smell various aspects of their oil pipelines and to detect potential pipeline breaches: a fiber-optic distributed temperature sensing system ‘feels’ fluctuations in temperature caused by bitumen leaking into ambient soil; vapor-sensing tubes ‘see’ bitumen spilled by shooting air down a tube; a fiber-optic distributed acoustic sensing system ‘hears’ sound variations; and hydrocarbon sensing cables send electric signals to ‘smell’ hydrocarbons and can indicate a pipeline leak. Here are the 10 must-have sensors for creating a smart connected solution.
As a spill by any single operator or by any other means like corrosion, material failures, excavation damage or even natural forces lead to higher costs, more companies are shifting toward developing a data-enabled monitoring infrastructure and employing IoT in the oil and gas industry.

IoT in the downstream sector

Number of refineries operate their machines in stark contradictions. On the one hand, if a single pump fails suddenly, it may cost a company $100,000 to $300,000 a day in lost production. While on the other hand, refineries replace a valve pump every twelve months, regardless of the health of the part – although the pump may be perfectly fine. IoT can change this by using real-time data. If the pump needs replacement early – it gets replaced and an unexpected shutdown is avoided. But if the pump doesn’t need replacement for the next few months, the time and money could be saved.
Overall, with the use of IoT in oil and gas, refineries can improve their performance, minimize their downtime, and production continues to move steadily.
As the oil and gas industry continues to be more competitive, companies cannot afford to be left behind. However, if companies can understand the opportunities inherent in adopting IoT technologies, their future surely looks bright.
Be it optimizing oil and gas production, equipment maintenance, remote monitoring, or even predicting production – Softweb Solutions’ IoTConnect platform is the one-stop-solution for all.