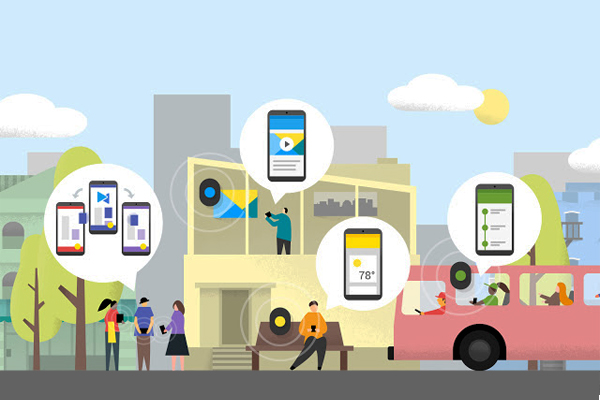 Google is getting into the beacon marketplace with its own technology called Eddystone. Till now, Apple’s iBeacon was the default leader when it came to beacon software, but early reviews of Eddystone show that Google has come up with a technology that can do much more than iBeacon and also integrates well with Google’s existing applications and services.
The technology, named after a historically famous lighthouse in England, has some key differences compared to Apple iBeacon. Eddystone is an open source, cross-platform Bluetooth Low Energy (BLE) format which is capable of supporting Android, iOS or any other platform that supports BLE beacons. The company has made it available on GitHub under the open-source Apache v2.0 license.
Compared to this, the iBeacon framework is proprietary and can function from only iOS devices or beacons supporting the Apple framework (although the messages can be received by any device supporting BLE).
Eddystone’s big differentiator compared to iBeacon is that it can support multiple “frame types” (data payloads) giving it much more flexibility both from a sender and receiver point-of-view.  It broadcasts three distinct signal types. They are: UUID (similar to the iBeacon standard), URL (a successor to the UriBeacon standard) and TLM (a new telemetry signal).

Universally Unique Identifier (UUID)— The UUID is a 128-bit value that identifies a specific beacon which an application can sense. The smartphone can then perform certain actions once it comes into contact with the beacon.
For example, your favorite clothing store could have its app on your smartphone that is programmed to sense beacons whenever you walk by that store and send you coupons to lure you in. Or you could be standing in the store at a certain place and get offers related to the merchandise next to you. This is what the iBeacon technology does so far and even Eddystone has this capability. The shortcoming with this technology is that it requires the consumer to have the store’s app installed on his phone. This is where Eddystone’s second feature comes in. 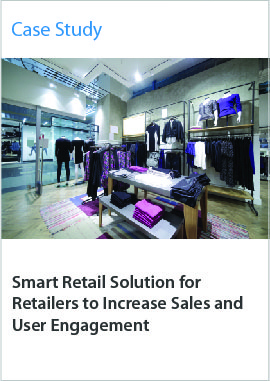 Smart Retail - A Beacon based Proximity Marketing Solution for Retailers

URLs— With this capability, the store does not have to ask its consumers to download its app. The store can just send a URL to the user’s phone and the consumer can look up the coupon or information on a web browser. This is a major advantage for small businesses who believe that consumers might be reluctant to download their app. In fact, even major businesses can take advantage of this technology.
For example, vending machines can have Eddystone-supporting beacons attached to them and send out URLs that offer coupons, loyalty points, information about their products or a feedback form instead of asking the user to download an app.
The main advantage for consumers is that they can avoid app overload when businesses are using this technology.
Telemetry Data— This frame type makes it easy for the company deploying beacons on a large scale to manage them. For example, a stadium that has deployed hundreds of beacons all over the place can now view all the diagnostic data and remaining battery power of each and every individual beacon. This type of information makes Eddystone ideal for large scale deployment. Smart cities, industrial sites and huge farms spread out over hundreds of acres can all monitor their beacons remotely.  Coming back to vending machines, a company with thousands of machines can also use this technology to monitor the machines and know when there is problem with the machines or if they are stocked-out.


In addition to supporting these three frame types, Eddystone is also introducing a new security feature called Ephemeral Identifiers (EIDs). As of now, beacons are discoverable by any nearby device supporting the BLE standard. This is because of the identifier which is a public signal. Eddystone adds a layer of privacy and security with its EIDs which change frequently, allowing only authorized clients to decode them.
Google says that this has several uses such as helping passengers find their luggage once they get off the plane or finding their lost keys. The way this would work is that the BLE beacon attached to your keys or luggage would send out a unique signal only to your phone and not give out its location to anybody else. These are just two examples of how EIDs can be used. The security feature has the potential transform the personal asset tracking and industrial assets tracking field.

Eddystone and APIs
Eddystone comes with two APIs that will help developers create apps that extend Google’s reach when it comes to proximity based services.
The first is Nearby API. This makes it easier for apps to find and communicate with other nearby devices and beacons. It uses a combination of BLE, Wi-Fi and even inaudible sound (via the phone’s microphone) to establish proximity.
The Proximity API gives developers the ability to associate semantic location and related data with beacons. This lets developers extend the existing location APIs. This API also lets companies with a fleet of beacons monitor their health and carry out diagnostics as well as add data to them through a cloud connection.
Both these APIs have the potential to change the way we navigate our city. Google has already experimented with this in Portland a few months ago. Beacons placed near bus stops transmitted transit information to users as they came in range of the beacons. Google is now working on offering transit information to Android users through its Cards.
Users can expect unobtrusive messages regarding routes, ticket prices and traffic updates popping up in their phones as they come near a subway station and bus stops in the near future. You could even be getting restaurant menus in your Google Cards when you are in a restaurant because of this technology. This is possible because Google is now opening up its Cards to third-party developers.
Eddystone and the hardware scenario
Google has already tied up with the major beacon manufacturers. The beacons from Bkon, Bluvision, Estimote, Kontakt.io, Radius Networks and Signal 360 can be made compatible with Eddystone through just a firmware update. These beacons can support multiple mobile platforms and for companies who have bought these beacons there is no additional cost to implement Eddystone.
Eddystone in the IoT ecosystem
Eddystone seems to be a part of Google’s emerging IoT ecosystem. Weave, its IoT protocol is designed for the house and uses BLE or Wi-Fi for communication. Thread is the company’s IP-based wireless communication protocol and competes with other protocols such as ZigBee and Z-Wave. And finally, we have Brillo, the recently announced Android-based operating system for IoT devices.
With the integration of Eddystone in the Google product lineup, Android users will soon find themselves getting personalized product and service recommendations everywhere they go.
Image Source: http://googledevelopers.blogspot.in/