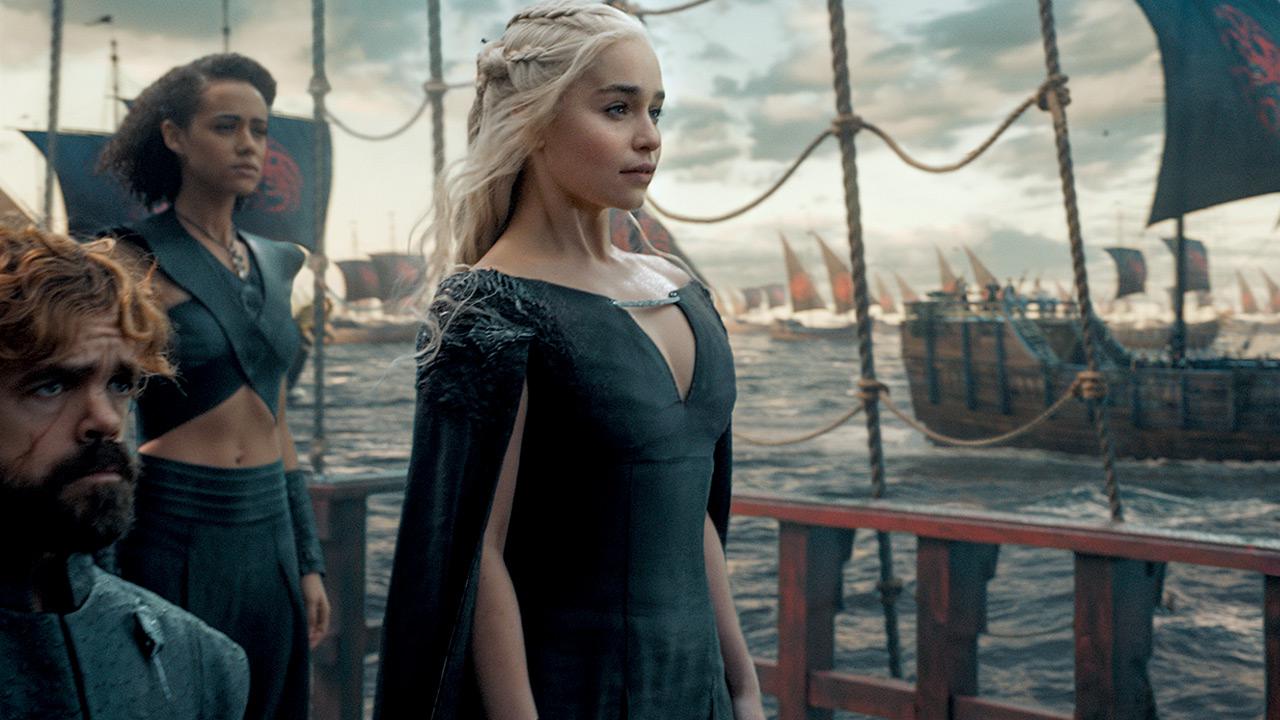 Share the post "Game of Thrones s6ep10 – One million tweets analyzed for the show’s season finale; verdict: explosive and shocking"

It has been almost a week since the show’s season finale, The Winds of Winter, has aired but our analysis of GoT fans on Twitter shows that the viewership is already pinning for the next season.

This time we analyzed over a million tweets (1,000,777 to be exact), totaling about 4 GB of data from June 24 to June 28. This was because the Twitterverse was hot with anticipation about what the episode would show. 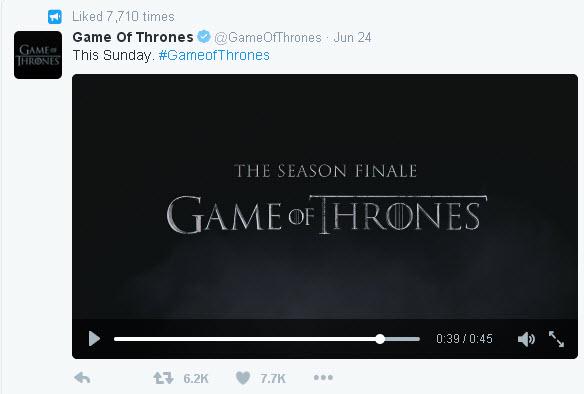 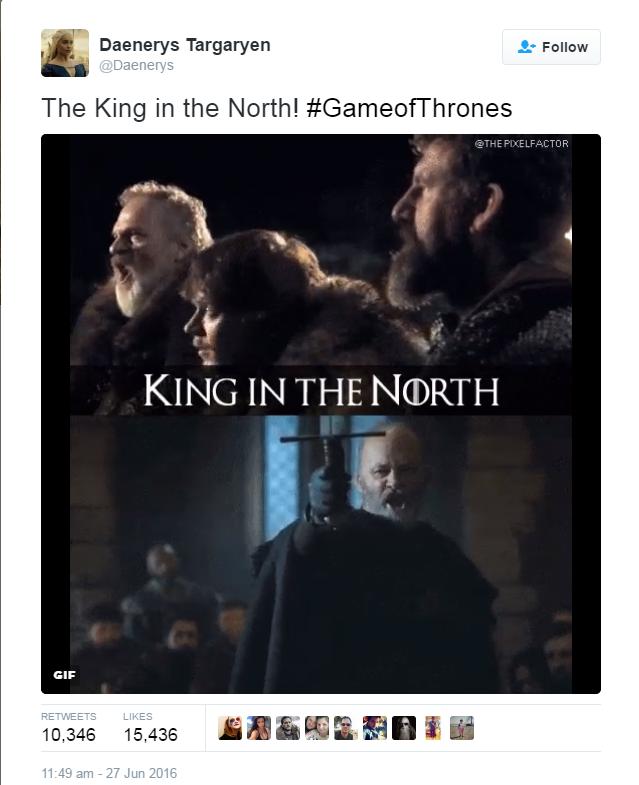 The two most popular English language tweets were about Jon Snow. 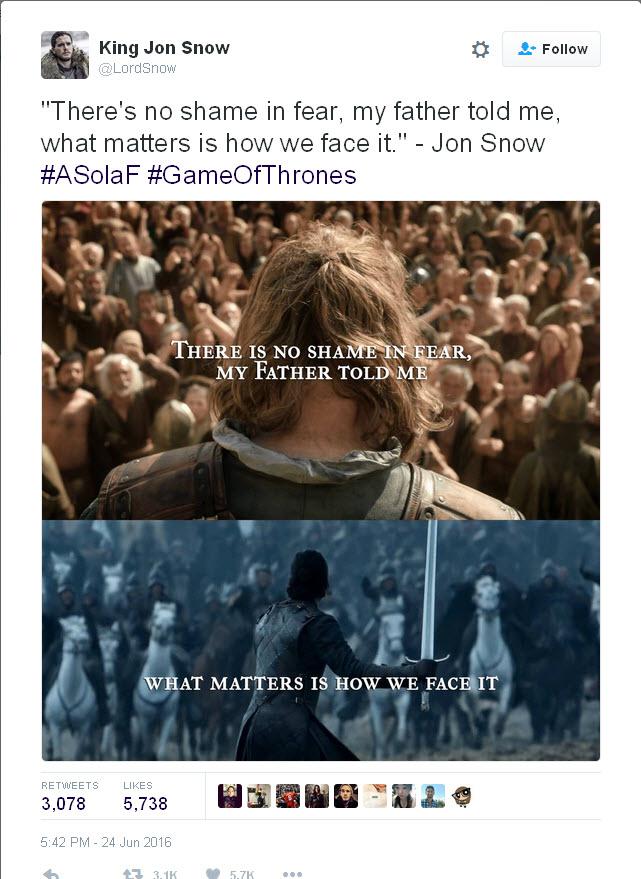 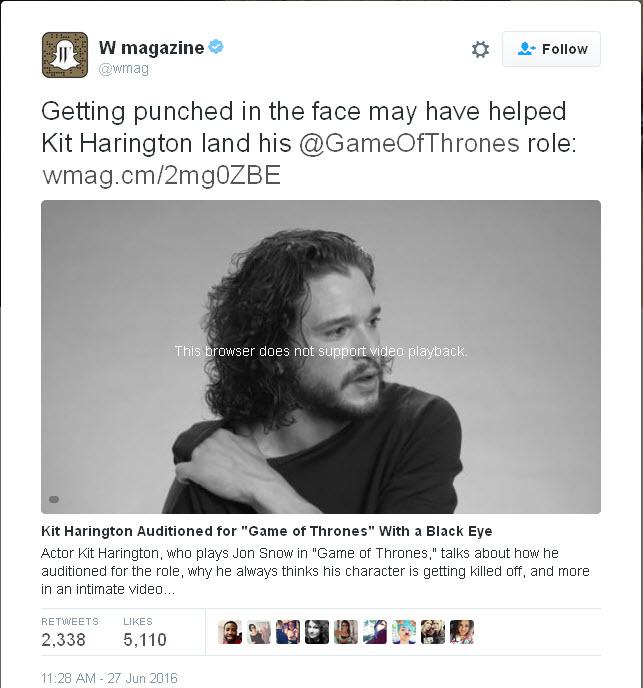 England’s loss to Iceland and its exist from Euro 2016 was also on the minds of GoT fans.

Twitter users that were tweeted at the most during conversations on the four main GoT related hashtags. 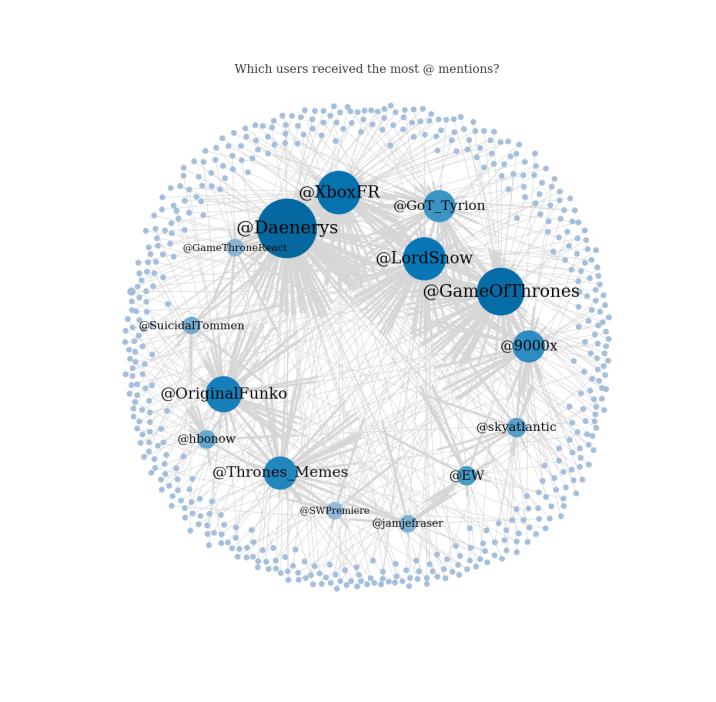 English continues to be the most popular language in which tweets are made (62.9%) and Spanish comes second with 10.8%. But when calculating the languages of the top 25 most frequent tweeters, English-language users account for just 56% and Italians account for a whopping 24%, although their share in the total number of tweets is just 3.1%. 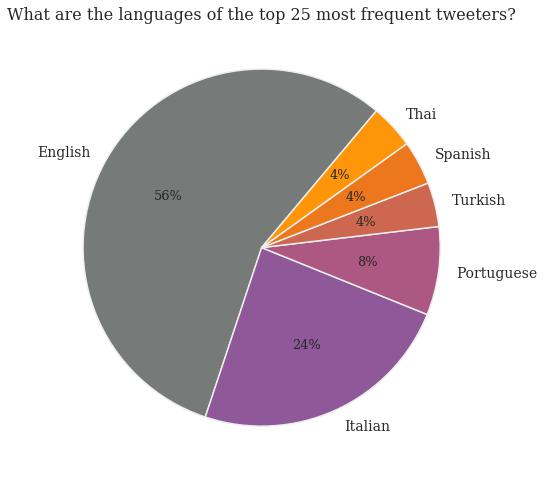 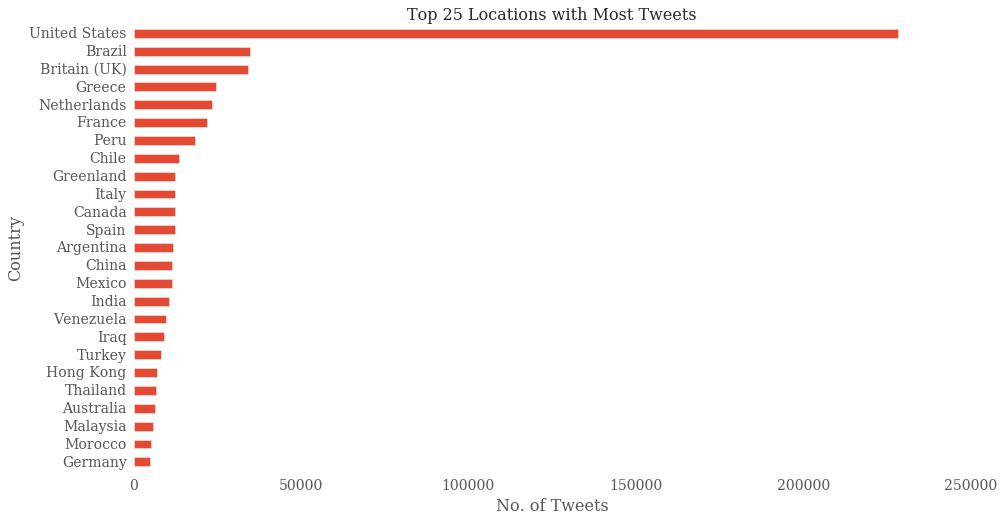 User @notamundane is the most popular when it comes to total number of likes for his tweets while @GameofThrones1v has the highest number of tweets. 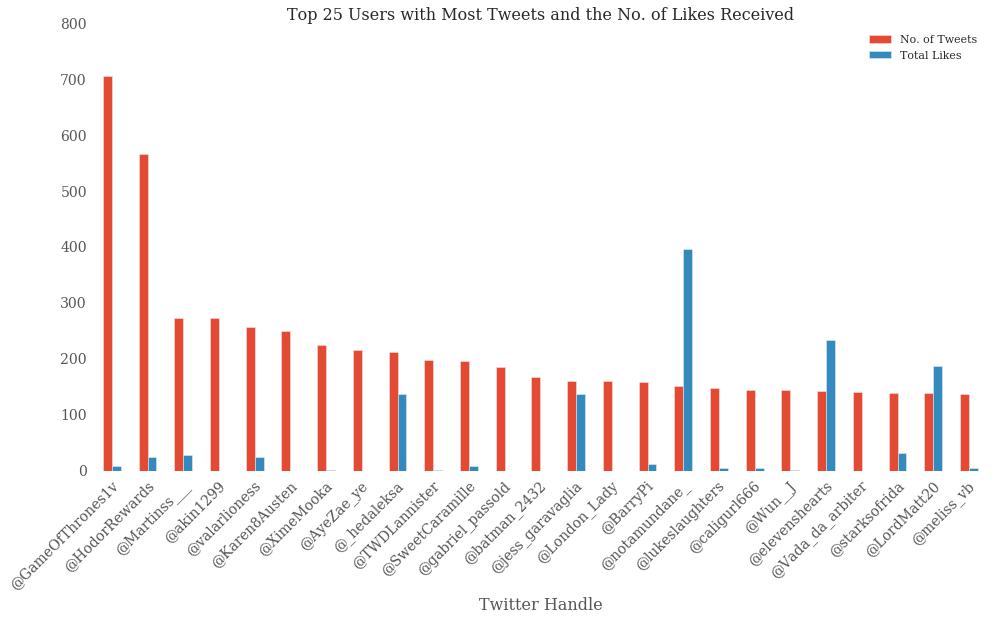 Our analysis of the tweets also shows that the number of tweets spiked from 27 to 30 minutes during the episode runtime which covered Cersei looking at Tommen’s body and Sam reaching the Citadel. It again spiked during Daenerys’s and Arya’s scenes. The episode’s end scenes of Daenerys sailing towards Westeros and Cersei sitting on the Iron Throne again caused the tweets to spike. 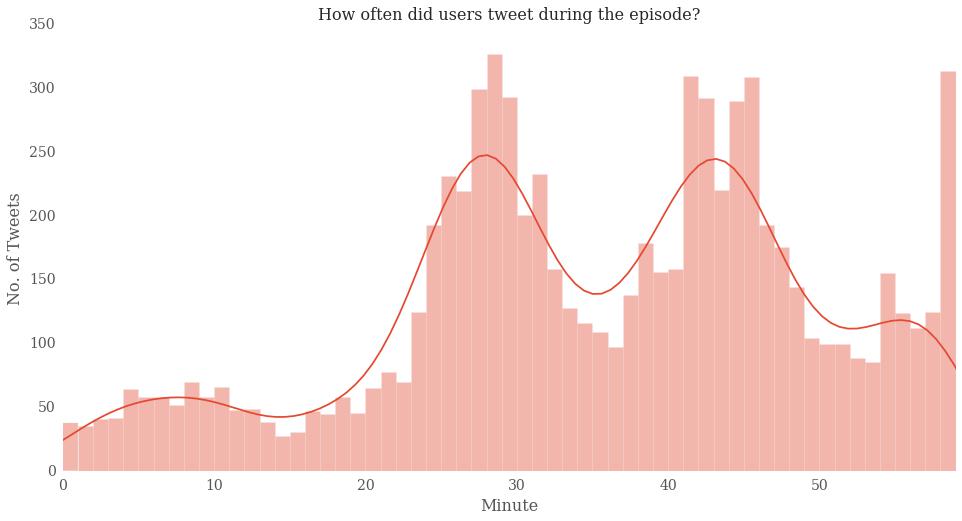 At the end of this episode, most of the characters left in positions of power were women. Most of the reviews have talked positively about this development in the show and this time even Twitter users are talking about it in greater numbers as compared to the previous episodes. Almost 3% of tweets made about the show had terms that are commonly associated with female empowerment unlike last time when the figure was just a paltry 0.8%. 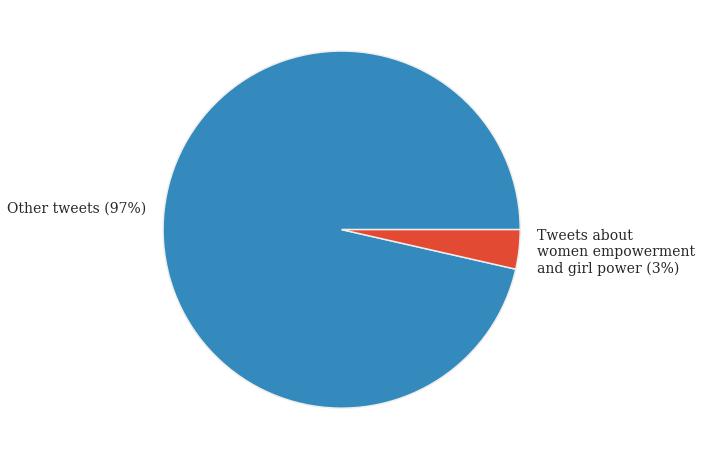 Jon Snow along with Daenerys and Cersei dominated the word cloud based on the tweets that we analyzed. 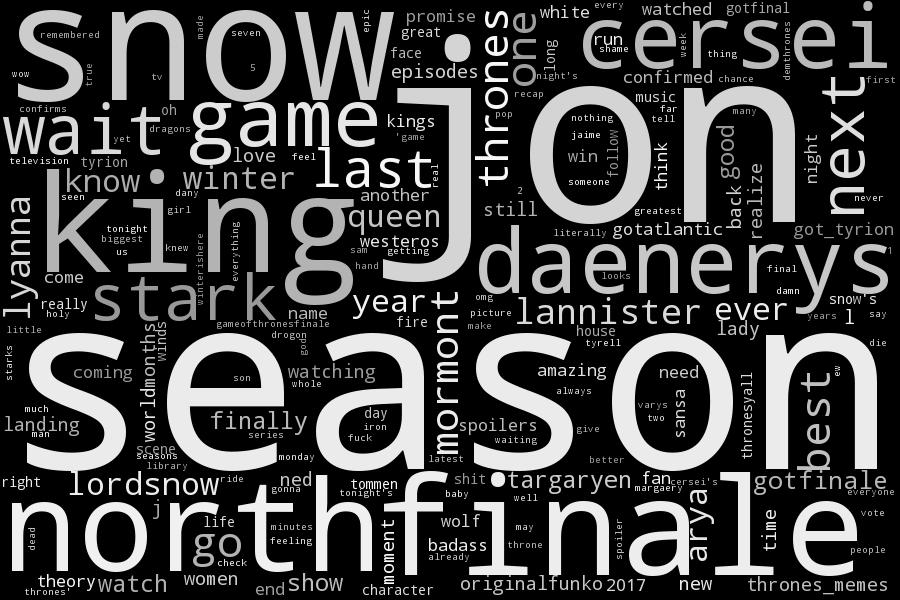 Game of Thrones s6ep9 – Analysis of over 300,000 tweets proves that it was an epic episode