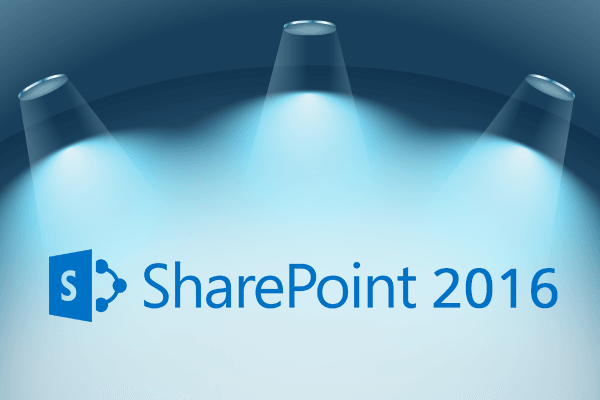 After listening to customers’ feedback and identifying their needs, Microsoft has announced SharePoint Server 2016 Beta 2. This version is introduced to offer significant improvements in the management and administration of SharePoint farms on-premises. SharePoint 2016’s value proportion is their product’s quality and manageability. This version is the earliest on-premises release of SharePoint using the code from Office 365 itself. This release represents an actually “cloud first” model of software delivery for Microsoft.

The major changes and add-ons in SharePoint 2016 are: 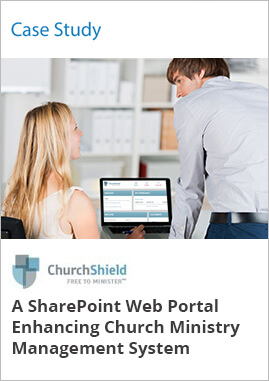 ChurchShield LLC, a company empowering churches and non-profit organizations wanted to develop a secure system that they can give access to their customers.

Data-loss prevention capabilities
Profile synchronization with Microsoft Identity Manager
Profile Redirection
Let’s have a closer look at the most interesting features included in SharePoint 2016.
Hybrid features and experiences:
The most impressive improvements in business facing functionalities are for the hybrid environments. Microsoft is using cloud innovations to solve ongoing problems with existing on-premises and hybrid architectures.
These improved hybrid features permit users to have an integrated experience with SharePoint Server and SharePoint online sites. So, users can follow SharePoint Server and SharePoint sites, and see them combined in a single list. Also, they will have a single profile in Office 365.
Extensible hybrid app launcher
SharePoint Server 2016 provides support to extend the hybrid app launcher to deliver a common access experience through applications and solutions in Office 365 and SharePoint Server 2016.
OneDrive for business & Delve
OneDrive is a personal online storage service, much the same as Dropbox. People store files in OneDrive and access them from anywhere or even send links to other people so they can see it depending on permissions for a given role. Delve helps people to discover the information that is likely to be most interesting to people using Office 365. People do not have to remember the title of a document or where it’s stored. Delve shows them documents no matter where they are stored in OneDrive for Business or in Sites in Office 365. In SharePoint 2016, users can redirect their My Sites to their Office 365 subscription’s OneDrive for Business. Specifically, if a user clicks on OneDrive, he will be redirected to his Office 365 My site instead of his On-Premises.
Increased file size for uploads (up to 10GB)
Microsoft’s OneDrive cloud storage services for both the consumer and business versions moved to support files up to 10GB in size. This move makes OneDrive more competitive with Dropbox, which has a limit up to 10GB for files uploaded from its website, and no limit on files uploaded via desktops and mobile apps.
Durable links
Durable links deliver a resource ID based link for Web Application Open Platform Interface Protocol (WOPI) documents served by SharePoint and Office Online Server.
Document Connectivity through OneDrive
People can use OneDrive (formerly SkyDrive) to access their documents from both a mobile phone and computer. To get started, on their phones, they just need to sign in with their Windows Live ID and then go to the Office Hub. This big release supports a new “app launcher” navigation feature for end users. It works well for OneDrive for business and sites, provides quick access from the top navigation bar.
Content database sizing into TBs
Microsoft SharePoint’s latest version stretches the boundaries and limits of the platform. It supports content database with TBs however the company has not defined the exact numbers. Let’s see the comparison with the earlier versions.

Predictive analytics
Predictive analysis is now available for the SharePoint 2016. Machine learning is the method of data analysis for supplying historical data to predict future trends or kind of behavior. Users can improve their SharePoint 2016 environment and extend it into Azure with machine learning when it is needed.
Data loss prevention
Data loss prevention aka DLP protects the data wherever it is stored, whenever it is shared and when it is moved. DLP is introduced to OneDrive for Business and SharePoint Online according to Microsoft officials. Augmented support for data loss prevention abilities is added in SharePoint Server 2016.
Profile synchronization with Microsoft Identity Manager
SharePoint 2016 includes new support and solutions for the users using Microsoft Identity Manager 2016 to allow rich, common identity scenarios and bi-directional synchronization. Microsoft Identity Manager 2016 makes things easier for the identity lifecycle management with an automatic business rule, workflows, and easy integration with various platforms through the data center and cloud to involve SharePoint Server 2016.
Profile Redirection
SharePoint Server 2016 relies on the intensity of next generation hybrid investments that enable profile management on-premises or in the cloud. Profile Redirection also allows the extension of profiles to Delve, About Me and other Office 365 experiences for select users inside an organization.
Furthermore, there are many other quality features included in SharePoint 2016 Beta 2:

SharePoint team has mentioned that the latest improvements are mainly focused on updating existing features, and including enhancement and feedback received from the IT preview, released in August 2015. Most of these developments have also been made focusing on hybrid scenarios.
If you want to upgrade to the latest SharePoint 2016 Beta 2, stay tuned for more information. In the next blog, you will learn more about the basics of SharePoint migration.