How smart sensors are helping the environment 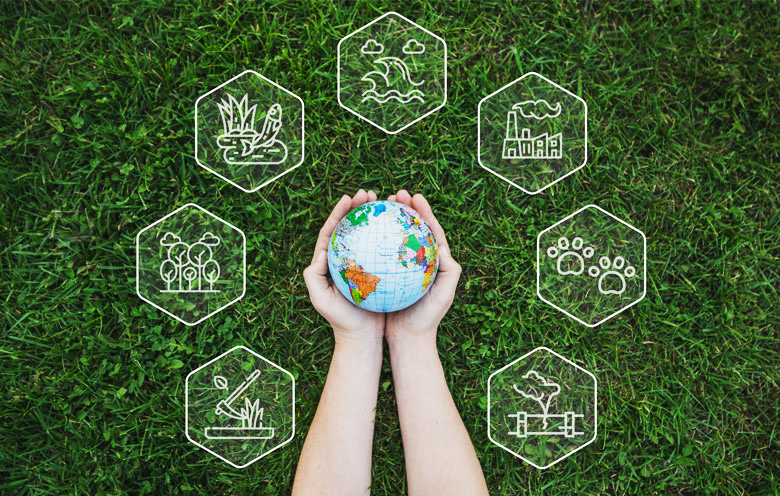 “The Internet of Things will be the biggest, most sophisticated piece of equipment that we’ve deployed across the planet - ever,” says Kerry Hinton, former director of the Centre for Energy-Efficient Telecommunications at the University of Melbourne. And there is a lot that IoT can do to make this planet better. If used in the right manner, IoT can help us to solve some of the major environmental problems and reduce the damages mankind has caused over the years. Environmental monitoring sensors are becoming popular day by day and with time, we can surely expect to see their positive effects on a larger scale.

Use of smart sensor technology for environmental monitoring

Here we will be discussing some of the most innovative ways in which smart sensors are used to reduce the strain on the environment:

Rainforest Connection (RFCx) is an organization that works aggressively to preserve rainforests. They have developed smart sensors to stop illegal logging. Built using old cell phones, these smart sensors are attached to certain trees that help to identify logging activities. These sensors detect and collect sounds of chainsaws, large vehicles and surroundings that are generally associated with illegal logging. If any such sound is detected, the notification is sent to the concerned authorities in real-time. This way illegal logging can be stopped immediately and the chances of catching illicit loggers is also drastically improved.

By installing motion-sensing cameras across forests, authorities have been successful in conserving some rare species. The sensors in these cameras detect and display the presence of illegal hunters and poachers in the protected areas. Sound sensors are also deployed in forests to ensure that sounds of people, guns, vehicles and traps can be identified so that poaching can be stopped in real-time.

Moreover, by attaching IoT-enabled sensors to endangered animals, various park authorities collect real-time information about the location, health and stress levels of these animals. The data collected by the sensors play a crucial role in conservation efforts. Some wildlife conservation organizations also use smart sensors to create geofencing and prevent fatalities due to accidents.

Ocean monitoring has been a critical issue to ensure the safety of ports and aquatic life and to keep a check on pollution in seas. Researchers use IoT sensors to generate and collect real-time data for a variety of parameters.

The National Oceanic and Atmospheric Administration (NOAA) plans to use embedded sensors, both in horizontal as well as vertical water waves. These sensors aim to generate and collect real-time data that can be transmitted to the cloud for analysis and deriving insights related to various aquaculture operations. Likewise, a team at the University of Washington has developed a system using sensors to monitor animals near underwater turbines and find out the effects of marine energy on these creatures.

Air pollution is a growing issue that needs to be addressed on a priority basis. IoT sensors help government agencies around the world to have a better understanding of the problem. These low-cost sensors are scattered across cities at various positions both static and mobile to provide a true picture of air quality. It helps to identify key polluted areas, measure personal exposure and to create a strategy to combat air pollution. These sensors also help in planning transport routes to divide the traffic and reduce pollution in the affected areas. Likewise, sensors can also be used for indoor air quality monitoring in factories, mines, refineries and more.

Methane is not only a very strong greenhouse gas with serious global warming potential, but it also forms a major part of industrial emission. Scientists and researchers are working aggressively to create systems using IoT sensors to monitor emissions of methane and keep a check on the leaks. They are using silicon photonic sensors, pressure sensors and solar-powered methane detection sensors to identify pollutants and minimize its environmental damage. These smart sensors provide real-time access to data, thereby ensuring prompt actions. Moreover, based on historical and real-time data, a preventive action plan can be created.

Use of IoT sensors for waste management is a great way to deal with the problems of waste and littering. Several organizations across the world use smart dustbins to tackle the issue of waste overflow, which often create an unhygienic atmosphere. Placed across the city, these dustbins are embedded with low-cost IoT sensors. These sensors track the level of the garbage in the bin and send an alert whenever the garbage reaches a threshold point. This enables the collection of garbage at the right time thereby avoiding spillage issues and ensuring cleaner surroundings.

Farmers produce a huge amount of waste every year. However, use of smart agriculture sensors in farming make the process quite efficient and it also reduces the wastage considerably. For example, by using sensors that track the moisture levels of the soil, the amount of water used for irrigation can be considerably reduced. Moreover, by monitoring the health of the crops, farmers can ensure that they get maximum crop yield.

The final say
The examples stated above are just a snippet of how you can use smart sensor technology for environmental monitoring. IoT has vast untapped potential when it comes to improving the environment. The sensing and connectivity elements offered by IoT devices can greatly contribute to reducing the damage that has been made to the environment. If you want to deploy an IoT solution for making the environment better, then contact our IoT experts.