What popular apps are built with Flutter? 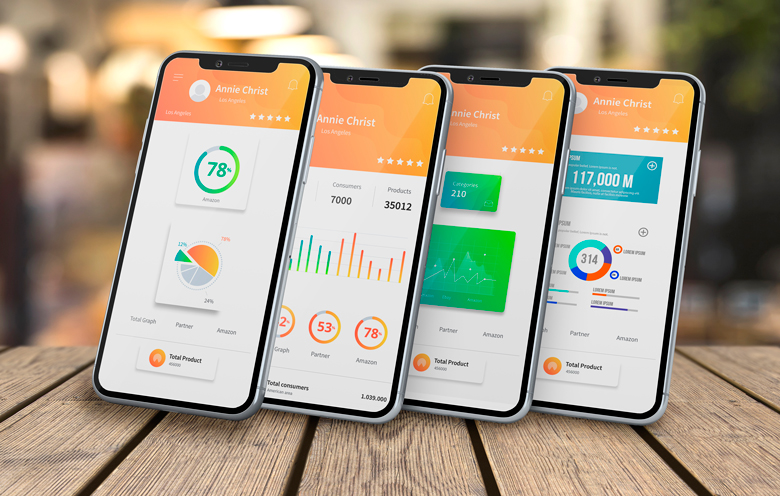 In today’s cross-platform world, Flutter is well-known as one of the best frameworks for mobile app development. With each passing day, the popularity of Flutter is growing constantly among enterprises across the world. Some of the reasons why this cross-platform framework is gaining significance include reusable blocks, reactive performance, etc.

With Flutter, Google aimed to make the mobile app development process not just fast with minimal code but smoother than any other native framework. Being the world’s most successful framework, Flutter has helped several brands to build modern apps. In this blog post, you will some of the popular apps built with Flutter or switched to Flutter.

Why brands are choosing Flutter for app development?

There are several reasons why Flutter is on the wishlist of most brands and developers. One of the reasons is Flutter has made the task of creating hybrid apps much secure and simpler. From the business point of view, Flutter helps enterprises to reduce development expenses and increase ROI. Flutter abides by the “write once, run anywhere” approach, which eliminates users’ need to hire multiple developers.

Moreover, Flutter offers faster time-to-market (TTM). This means it can get the business apps into the market within half the time consumed by developers. A smaller team and reduced development time imply serious savings. Also, Flutter allows implementing more features in less investment. This is another reason why Flutter is a great fit for PoC (Proof of Concept) and MVP (Minimum Viable Product) projects.

Other reasons why brands are choosing Flutter over other native app development frameworks include:

Birch Finance is a finance app that helps users to simplify their credit card rewards and keep a track of their spending. The app is built using Flutter technology which has an AI-based recommendation element. It has a feature that can show which card was used to make a specific payment by analyzing the overall expenses. And not only this, it also gives recommendations of a card and offers for a specific purchase. For instance, during shopping, it will show cashback options and offer details.

Another instance of using Flutter to create an extraordinary app is Google Ads Mobile App. Flutter’s parent Google has used this cross-platform app development framework to offer a seamless customer experience. Users are widely utilizing this app to create and monitor their ad campaigns from anywhere, anytime, using smartphones. The app is both – aesthetically appealing and intuitive. Flutter has helped Google to ease a lot of in-house processes and be more productive.

One of the major retail platforms – eBay has built a motor app using the Flutter framework. With the help of this Flutter-based app, one can buy, sell or discover vehicles using smartphones. eBay Motors App uses cutting-edge Machine Learning technology to auto-classify the uploaded photographers of vehicles. Flutter stood up to each of eBay’s challenges and the company uncovered a lot of unexpected benefits, including:

The New York Times collaborated with Google to create the first commercial Flutter web prototype. The New York Times KENKEN – a crossword puzzle app is one of the most played games on smartphones. As the Times group wanted to deploy their old Flashed-based game into multiple platforms, Flutter was the right choice for it. It helped them to create a high-performance multi-platform playable app on Android, iOS, Windows, Mac and the Web.

Reflectly is another excellent example of an app built using Flutter. It is an AI-powered app that enables users to create a personal journal for recording their daily emotions/feelings. Initially, the app was built using React Native for iOS users only. But, due to its increasing popularity, the makers wanted to launch an Android version of the app. And they found Flutter as the most suitable platform to launch the new version. It took only two months for them to rewrite the code and launch different versions of Reflectly. Some of the reasons why Flutter is the most effective cross-platform framework for Reflectly are:

The official app of Hamilton Musical is another example of an app built with the Flutter framework. Hamilton is one of the most acclaimed American broadway musicals that needed a mobile app to launch on both Android and iOS. It started the Flutter revolution to offer the latest news updates, videos, in-app eCommerce, daily trivia, karaoke HamCam channels, etc.

MyBMW is a perfect example of an app built using Flutter. The BMW Group’s Flutter app development team is one of the biggest Flutter development teams after Google. BMW’s team has developed this world’s leading automotive app 100% in-house. The app runs on both iOS and Android. Flutter is the reason behind its versatile programming architecture and high-speed rollout. The app serves as the ‘universal interface with the car’.

Give Flutter a try!

Apart from the presented brands, there are several other popular brands like Philips, Alibaba, Tencent, etc. using Flutter for mobile app development. Flutter is ideal to build an app of any size, scale, category, idea or content. If you want to build a truly innovative app using Flutter, then get in touch with our experts. Have a look at how we have helped one of our clients to build a custom mobile app using Flutter.