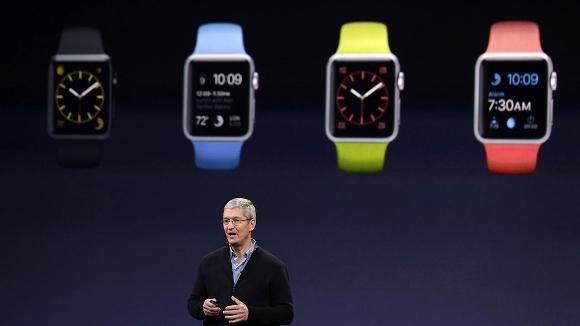 Apple’s March 9 event which was held in San Francisco highlighted their new products in computers, wearables, media etc. The 90-minute live event reinforced Apple’s supremacy in heralding classy products. Tim Cook calls attention to “pushing all their products forward and creating a better future” and reiterates that “this is what everyone at Apple is focused on.” Though the main focus of the event was on the Apple Watch, there were many other announcements for the Apple fans and the rest of the world.

Here are the excerpts we found more relevant:

While everyone thought Apple Watch is going to be the real star of the event, MacBook Air gave a strong competition. The charming, super-thin, 12-inch retina display laptop literally stole the show with its completely redesigned avatar. The new MacBook weight only 2 pounds, lacks ports which may accelerate iCloud and AirDrop utility.  It is introduced in space grey, gold, or silver hues. The MacBook will be shipped from April 10th at a price tag of $ 1, 299 and above.

As we all expected the event has underlined the future of the newest addition to the Apple family – Apple Watch. In their own words, it is highlighted as the “the most personal Apple device ever” and “is designed to appeal a broad range of personal styles”. This smartwatch is coming in stores on April 10th in 3 models – Apple Watch, Apple Watch Sport, and Apple Watch Edition. People will be able to buy it from April 24th.The watch will be supported by iOS 8.2 which is also made downloadable. The announcement signifies Apple’s foray into wearable technology as it emphasizes greatly on health and wellness.  Apple makes it feel like this smartwatch is one of the most advanced timepieces of our time which also focuses intensely on personal style.

Instead of an announcement of upgrade, Apple TV did a price cut, which is now available from $99 to $66. He announced the plans to bring HBO Now to Apple TV. The user, therefore, gets exclusive access to HBO as they can pay for standalone services. Also, for a limited period of time, users can have it free for a month, if they sign up on their Apple TV, iPad, or iPhone. Apple TV’s effort to offer programming from the best content providers seems to be encouraging.

There is good news for the health freaks from the event. Apple’s health and fitness system is introducing a framework called ResearchKit which is aimed to aid the medical research. ResearchKit is focusing on various terminal illnesses like Parkinson’s and breast cancer by providing ability to do complete test and surveys. The kit will be released next month as an open platform.

In the event Apple has made an interesting announcement that its CarPlay, an iOS based dashboard system has been adopted by many major car brands.  It is estimated that over 40 new car models will support CarPlay by the end of 2015. In Apple’s own words, “Every major car brand is committed to delivering CarPlay.”

The event had something to announce about Apple Pay as well. Apple states “Apple Pay is being accepted at nearly 700,000 locations. With more locations and apps every day.” As per Cook, Apple Pay is currently accepted at 40,000 Coke vending machines, and they have plans to raise the number to 100,000 by the end of this year.