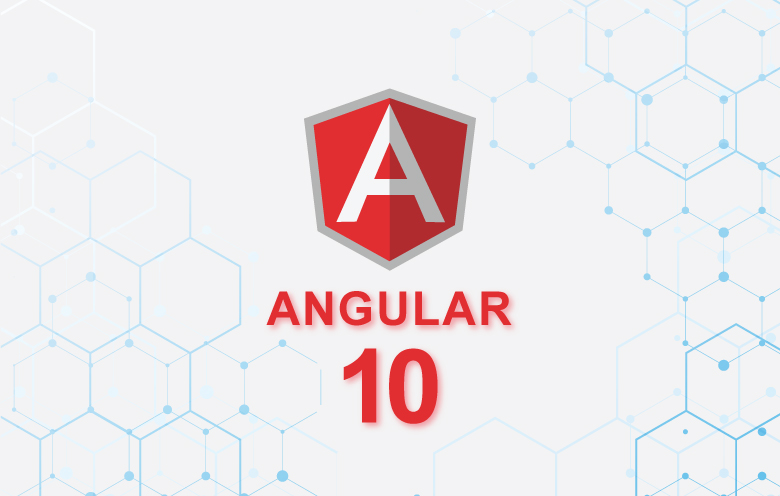 Angular framework has been around for nearly a decade and it has been successfully enabling modern organizations to remain on top of the curve with enhanced web performance. Today, Angular is one such platform that continues to evolve with new iterations and it has only increased its usefulness. And yet, modern organizations are challenged to build highly complex browser-based applications to deliver rich customer experiences and to tackle their maintenance and scalability concerns. Therefore, it is advisable to keep updating to a newer version of Angular to experience better performance improvements. If you are on the older version of Angular, you are missing out on many new exciting features. This blog post aims to help you achieve a better picture of why you should migrate to the latest Angular 10 framework and how simple and hassle-free the process can be.

Reasons to migrate to the latest Angular 10 framework

Released in June 2020, Angular 10 is the newest version of the framework. It’s important to understand what has changed from the previous version so that you get a clear understanding of why you should migrate to the latest version of Angular framework:

1. The new Angular version 10 is focused on providing complete ecosystem improvements instead of just offering new features. Also, Angular 10 is ideally set to be smaller than previous versions, meaning it is easier to load.

2. New capabilities of Angular 10 include a new date range picker in the Angular Material UI component library and warnings for CommonJS imports. For instance, CommonJS import warnings alert developers when a dependency packaged with CommonJS could result in larger, slower applications, allowing developers to substitute an ECMAScript module bundle.

3. Angular 10 supports the new TypeScript 3.9 version, putting more emphasis on its quality and application. It offers performance improvements, which means faster Angular build, especially for large projects. Your Angular developers will have access to the latest TypeScript fixes and features for better configuration.

5. It is easier to load entry-point dependencies when possible to avoid having any invocation. For instance, ProgramBasedEntryPointFinder can reuse EntryPointManifest to load dependencies.

6. A new message extraction tool is supported that will eventually be integrated into the CLI.

7. For the Bazel build tool, a LinkablePackageInfo is being added to the ng-module rule to enable a proper link of ng-module targets in Node.js runtime actions.

8. Angular 10 is excellent for building micro front-end applications using a few dependencies. Angular developers can divide the front-end and backend coding into parts to support end-to-end teams and to upgrade their stack without having to coordinate with other teams.

9. Setting up a project starts with useful content management. Therefore, Angular 10 features Contentful as a new default directory that helps to manage content and allow editors to make changes without touching code. Besides, it enables developers to build large applications using speed conventions. 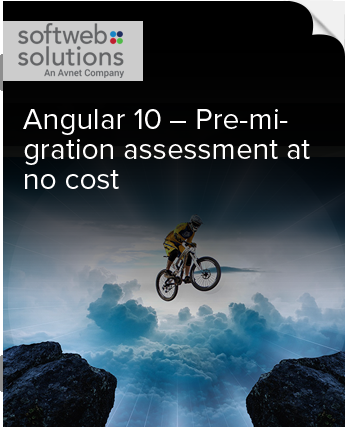 How to make the transition smooth

Undoubtedly, Angular helps to build successful, modern applications for web, mobile, or desktop. Staying up to date with the latest version is crucial for organizations that are looking for performance improvements. Angular offers end-to-end tools that are necessary to achieve dependency architecture, contextual templates and best practices to resolve development challenges.
Now that we have covered the reasons to migrate to Angular 10, here we present the steps of the migration process for a convenient transition:

If you are still on the older version of Angular 7, you must have experienced benefits like better mobile apps with CLI prompts, component dev kit (CDK), drag and drop functionality, improved app performance and virtual scrolling. However, with new iterations being released every six months, you may be missing out on many new features of the latest Angular 10. Before Angular 7 goes obsolete, it is wise to embrace Angular 10. Optional stricter settings, a compiler interface, async locking configuration and entry-point finder program are among the many newly introduced features in Angular 10. Moreover, when moving from version 7 to 10 you can expect a simplified automated migration.

If you haven’t heard of Angular Ivy, it is the default rendering engine. Although important features of Angular 8 included differential loading of modern JavaScript, dynamic imports for lazy routers and support for web workers, Angular 8 was popular for the much-anticipated Ivy compiler as an opt-in feature. Nevertheless, Ivy features and compatibility are highly improved in the Angular 10 version. Along with other features of Angular 10, Ivy introduces more comprehensive type-checking within templates. Moreover, for guidance and debugging a list of minor changes is associated with Ivy.

Upgrade from Angular 9 to 10: Performance improvements

Angular 9 brought us new and improved Ivy compiler and runtime, faster testing, better debugging and many more improvements. Angular 9 was notably about Ivy becoming the default compiler and runtime and improving bundle size. However, when you upgrade to Angular 10, you get access to the entire ecosystem improvements including incrementally template type checking and split Ivy template type as well as immediate reporting of a stale lock file. You can also reduce the size of the entry-point manifest file. The computation of basePaths is made inactive to improve performance, meaning work is only done if necessary. This saves a huge amount of time for developers. Besides, Bazel – an explicit mapping development tool that supports the merging of multiple transaction files in Angular 10.

Migration is a big undertaking no matter how large or small the codebase you require. Migrating to the latest Angular 10 version is a smart move in the long run. It is a full ecosystem built to boost efficiency. If you have decided to migrate to the latest edition of Angular 10, get in touch with our experts and leverage our Angular development services.