Why businesses should migrate to React Native? 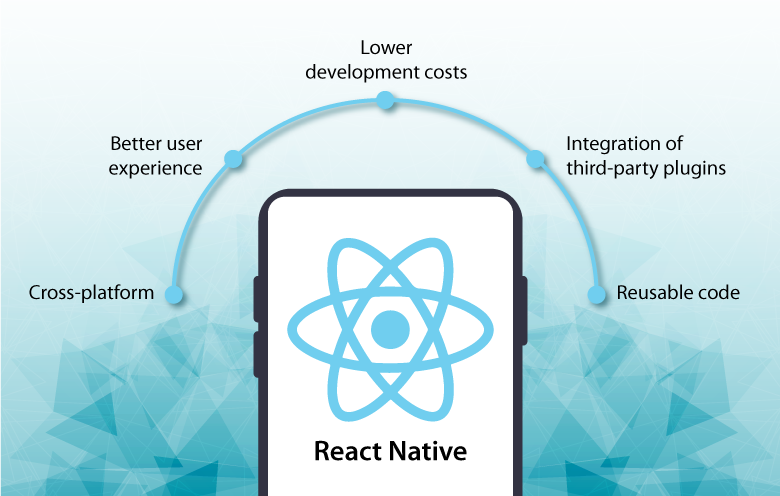 React Native is considered as one of the best frameworks to build cross-platform mobile apps for Android and iOS platforms. The reason behind this is the popularity that this framework has gained in a short span after its launch. It enables developers to reuse a single source of code for multiple operating systems irrespective of the platform that they build an app for.

React Native is a flexible framework. It has the potential to support the development of projects belonging to different sizes and industries. With React Native development services, you can also build hybrid mobile applications via traditional or modern methods.

React Native is leading the world of app development in every manner and competing with native development. If you don’t believe it, just look at what researches and statistics say:

Let’s take a look at the top reasons why you must choose React Native app development services for your business:

Businesses all over the world are facing very high competition with the use of latest advents in technology and the high pace that the technological world is moving now. Thus, it has become crucial that organizations make sure that their time to market for a product is not very long.

This minimizes the development cost significantly. Sometimes it can help developers to build an app in half of its estimated cost without affecting the quality.

Applications built on React Native provide a steady user experience throughout multiple platforms. These apps live up to the user’s demands by providing a seamless, error-free, responsive experience irrelevant of the device that they use. Additionally, React Native apps instantly adjust to the configuration settings of discrete devices because of their leading speed. Also, these applications can endure and solve uneven data streaming issues.

React Native allows developers to build applications with a single codebase for multiple platforms such as android, iOS, Windows and the web. It can bind with native code and interact with native APIs. This way it helps new developers in native app development. And also allows existing teams to work at a faster pace.

The code written for React Native is reusable. As stated above, it can be used to develop an app for different platforms. You require just an update for every platform. This also simplifies the bug-finding ability in a codebase.

The intuitive interface of React Native makes it easy for every developer to understand the code and enhances the flexibility of the team. It is cost-effective and saves time as it facilitates the faster development of an application. The ease of development that React Native provides to developers is leading to its wide adoption in the industry.

React Native framework is compatible with a broad range of third-party plugins. With this, users can use the functionality of other native apps without any hindrance. Due to this feature, developers find it easy to develop an application that functions seamlessly, loads quickly and requires less memory.

There are multiple options of programming languages and platforms available in the market. This makes it a bit tough to select the best technologies for coding your app development project. Previously, organizations needed developers holding high-level expertise in different languages and frameworks to develop high-end applications. But now, with React Native, it has become easier to code complex projects and build high-performing applications.

Are you planning to hire React Native developers to build your application? Or looking for React Native app development services? Get in touch with our highly skilled professionals to get a dependable solution to cater all your business needs.