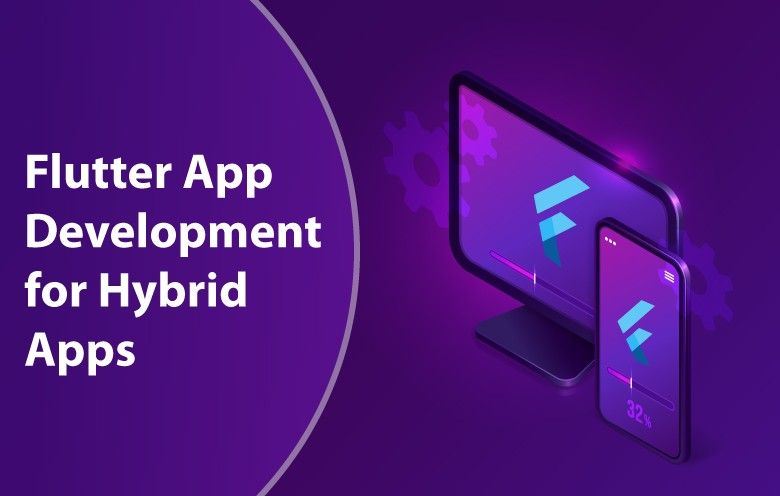 The proliferation of mobile devices and the rise in adoption of Internet caters have outgrown the mobile apps market size over a decade. Moreover, day by day, the utilization of mobile applications is increasing. With the rise in mobile users, the demand for hybrid mobile apps is also increasing. Therefore, enterprises are constantly looking for innovative tools and technologies which can help them reach a large group of audiences.

To excel in the dynamic world of mobile app development, businesses must build hybrid apps that can run on multiple platforms. Flutter app development has become the eye-candy of the tech world, especially developers. This blog post will walk you through the reasons that make Flutter the best platform for hybrid apps.

Reasons to consider Flutter as the best platform for hybrid apps

Due to its cross-platform consistency feature, Flutter has become the first choice to build hybrid mobile apps. Flutter enables you to create consistent UIs across different platforms as it utilizes its rendering engine. According to Google, Flutter is the second most leading language after React Native for creating hybrid mobile apps in 2020.

Flutter is the one-stop solution for enterprises willing to develop highly interactive and engaging hybrid mobile apps. It enables you to save time, money and effort while developing your hybrid mobile apps. Moreover, as it uses a single codebase framework, it becomes more convenient to create cross-platform mobile apps. Developing hybrid apps using Flutter is also faster compared to other native app development.

Flutter app development for hybrid apps will offer you the following:

Agile mobile app development
Flutter possesses the ability to speed up the entire mobile app development process. It will enable you to build highly engaging and robust mobile apps for both iOS and Android in record time. The Flutter framework will also allow you to modify widgets, fix bugs, add features and experiment with the app in milliseconds. As Flutter offers impressive speed, it is best for hybrid mobile app frameworks.

Highly reactive framework
As Flutter is a highly reactive framework, it makes the hybrid mobile app development process simpler. It will give you a combination of native app-like experiences. Using Flutter, you can also modify an app interface by simply changing the variables in the state. All the changes will get reflected in the user interface automatically.

Advanced receptive system
Using Flutter, you can create complex APIs of UI in a custom way. You can even build 2D gestures and UI animation without any hassle using its intense formats. Flutter is an extraordinary receptive framework to build hybrid mobile apps.

Highly remarkable performance
You can build a very high-performing hybrid mobile app using the Flutter cross-platform app development framework. It will enable you to create highly reliable and feature-rich hybrid apps. In terms of performance, Flutter stands out in the market. With Flutter app development, you will get the native app-like performance.

Save time and money
Flutter uses a single programming language to build a cross-platform app, so it requires less investment. Similarly, a single codebase takes less time to develop the same app to serve different platforms. So, the Flutter app development platform will help you save a great deal of time and money.

Less testing
For creating a multi-platform app, testing usually takes a lot of time. As there is a single codebase in Flutter, it is less time-consuming to test the code. Also, as you need to write a code only once using the Flutter app development framework, you will have to test less. Moreover, it offers a rich set of mobile app testing tools at various levels, including integration, widgets levels, units, etc.

Move beyond the horizon of mobile apps

Today, modern businesses are not just confining to mobile apps. They are moving onto hybrid mobile apps that can run on different web platforms. So, they require such a framework that can seamlessly inlay both web and desktop. Flutter app development is no longer confined to just mobile applications. It provides businesses the much-needed edge by enabling them to build hybrid mobile apps. Thus, if you are thinking of switching to the latest version of Flutter, now is the right time. And to create feature-rich hybrid apps, you can get in touch with our experts.