Want to know what can the convergence of IoT and blockchain create? 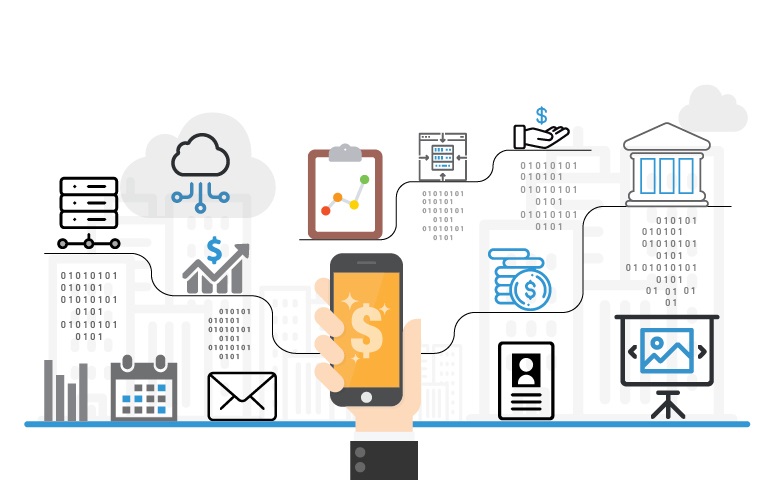 Every second, 266. Every minute, 15,982. And every day 23 million – are the number of devices connecting to the Internet of Things now. Two years from now the figure will mushroom to 1585 per second, 95,129 a minute, and 137 million each day. That’s about 50 billion IoT-connected devices, approximately six for each person in 2020.
That’s a huge number. Isn’t it?

In a nutshell, account name, password, and potentially a two-factor authorization system is the current technical scope for the security of IoT.

“The proliferation and ubiquity of IoT-connected devices in the enterprise is creating a much larger attack surface and easy entry points for hackers to gain access to the network. The solution starts with real-time, continuous visibility and control of devices the instant they connect – you cannot secure what you cannot see.” Michael DeCesare, ForeScout President and CEO.

The more straightforward solution to this conventional IoT security approach is blockchain.

By definition, blockchain technology is a decentralized database that stores the transactions of every entity across the peer-to-peer network.
To explain blockchain in simple terms, we have created the following comparison:

How businesses can benefit from the convergence of IoT and blockchain

In the image below, we have summed up the four key benefits of employing blockchain for IoT.

Let’s see how IoT-blockchain works in the real world

According to global estimates of foodborne diseases from the WHO, every year one-in-ten people fall ill globally, and around 420,000 die as a result of contaminated food, of which 30% (125,000) are children. These diseases are caused by 31 agents like bacteria, chemicals, viruses, and toxins.

Access to information and traceability is the only solution to find out instantly about where and when the contamination of food happened. Otherwise, it can take weeks to identify the precise point of contamination. Contamination of food can occur at any point of production: growing, harvesting, processing, packaging, storing, shipping, and preparing. With IoT and blockchain, it’s possible to: 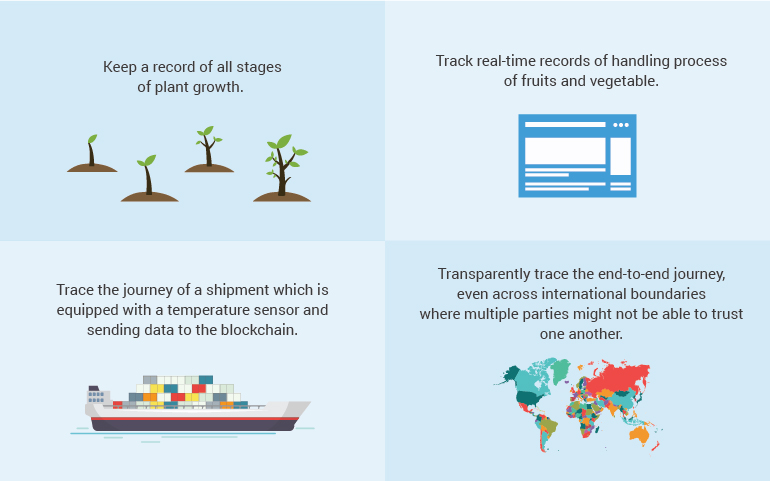 The bottom line is any business that has a system employing IoT network can implement blockchain technology and simplify business processes, strengthen customer confidence, and achieve significant cost efficiencies.

For details about how blockchain application development can revolutionize many aspects of your business, contact our subject matter experts.