Why vertical farming is the future of agriculture 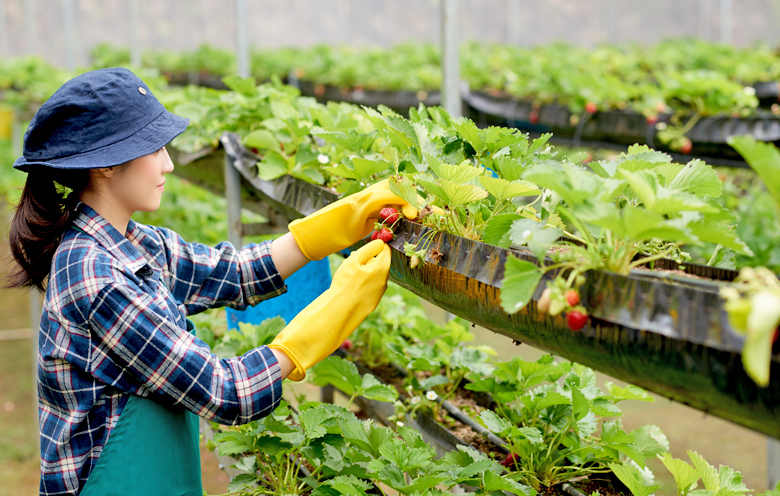 Although ‘do more with less’ is an age-old philosophy, it is still an ongoing mantra for many individuals and companies today. In other words, ‘do more with less,’ means produce more with less. The term ‘productivity’ in the 1800s and 1900s used to be the measurement of the output of goods and services available. While in the 2000s, it means squeezing every bit of output that we can from data.

When it comes to data, most of us cannot resist but think about data-driven technologies, from the Internet of Things, Artificial Intelligence, Machine Learning to Big Data. The adoption of such data-driven technologies has made possible for Harley Davidson to reduce its lead time from a fixed 21 days motorcycle production schedule to just 6 hours. BASF USA, the North American affiliate of BASF SE – the largest chemical producer in the world, reduced their unplanned downtime to 80%. Dr. Marcus Elliott, a Harvard-trained physician, established a P3 facility to assess and train athletes to revolutionize pro-sports. With so many transformations in other industries, agriculture is no exception.

Can you imagine the possibility of harvesting yields equivalent to 3,000-4,000 sq. ft. of land in a 1,000 sq. ft. of land? Vertical farming technology makes that possible. Essentially, this farming technology, based on such data-driven technologies, allows doing more with less. Less water. Less fertilizer. Less land. No soil. Fewer chances of crop failure. But the higher quantity and fresh quality of crops. That’s why iot based vertical farming is the future of greenhouse agriculture.

What is vertical farming

Why there is no alternative to vertical farming

The population of the world has quadrupled over the last century. According to the United Nations, in 1915, there were 1.8 billion people. Today, that figure rises to 7.7 billion. And it may reach up to 9.8 billion by 2050. However, it’s not only the growing population but increasing incomes in developing countries, as well, which are driving up the global food demand.

While food demand is expected to increase 70% by 2050 to feed the expected 9.5 billion people, it is estimated that an approximate of 19.5 million hectares of agriculture land is converted annually into urban centers and industrial developments. Therefore, it has become evident that farmers must increase food production, either by increasing the amount of agricultural land or by enhancing productivity on existing agricultural lands. The first option is clearly not possible, while the latter is possible through vertical farming. Some more compelling reasons for vertical agriculture are as per the following:

Overall, vertical farming can be promising to save the planet’s valuable resources and provide the common man with better opportunities for health and sustenance.

If you have ever put a plant clipping into a glass of water in the expectation that it will grow roots, you have practiced hydroponics. Hydroponics is an agricultural method where plants are grown without the use of soil Here, the nutrients which plants usually obtain from the earth are dissolved into water instead.

Hydroponic systems require only about 10% of the water than the water needed by soil-based farming. That’s because hydroponic systems allow water and nutrient solutions to be recycled, reused and because no water is wasted as well. Further, hydroponics needs little or no pesticides and needs only about 25% of soil-based plants’ nutrients and fertilizers. This not only reflects cost savings but also protects the atmosphere by not introducing any chemicals into the air as well as the produce. On a broader level, let’s also consider the transport’s environmental impacts. Because hydroponics allows local production and requires fewer areas to import their crops, both price and greenhouse gas emissions are reduced as a result of reduced transport requirements.

Moreover, since plants grown in hydroponic systems have easy access to water and nutrients, they are not required to establish complex root systems to get the nutrients they need. Therefore, hydroponics enables a shorter harvest time. The method saves time and yields better, lush plants in around half the time than conventional farming requires.

Like hydroponic systems, the aeroponics system also allows the growth of plants without soil. Here, the roots are sprayed with water and/or nutrient solution. The dispersion of mist provides the roots with the necessary amount of moisture to allow the plants to grow.

Did you ever think that naked roots could not only survive, but thrive? With the aeroponics system, the roots get maximum oxygen. As a result, roots thrive and plants grow faster. Not only that, such closed-loop systems use 95% less irrigation than soil-grown crops. Also, it is easier to harvest, particularly for root crops.

This system is the same as the hydroponic system, but it does have some additional benefits. The goal here is to create a symbiotic ecosystem that supports each other – plants and fish.

Water becomes nutrient-rich, when you grow fish in indoor pools. This water serves as a wholesome food for the plants growing in your vertical. On the other side, the water going through the hydroponic subsystem is cleaned, oxygenated and returned to the tanks of aquaculture for the fish. This saves a lot of time, efforts and money, as there is no need to recycle the pond’s water frequently.

This groundbreaking method is employed by many commercial vertical farms as aquaponics allow them to make more profits by producing two goods at the same time.

Vertical farming is, undoubtedly, a radical approach for producing quality fresh food in the least amounts of time and all year round. Though it does not rely on favorable weather conditions, skilled labor, high soil fertility and significant water usage, vertical farming technology delivers some extraordinary benefits.

It produces a harvest that is nutritious, environmentally friendly and affordable. As these harvests do not require long-distance transportation, it results in reduced fuel usage and decreases greenhouse gas emissions as well. In recent years, climate change has become the hottest topic. Amongst the industries that contribute to climate change, transportation is the second. By the way, due to limited transportation demand, consumers can get quality fresh vegetables at lower prices. And because of better access to healthy diet at affordable prices, the neighborhood is likely to lower their risk of diseases and witness an increase in their general health.

Moreover, vertical farming also enables more efficient use of waste. For example, a city’s grey, brown and black water can be used for irrigation after some minor treatment. Further, using anaerobic digesters, plant matter can be converted to methane gas, which can be used to generate electricity.

To know more about how data-driven technologies can help to monitor your vertical farming, contact our team of experts or stay tuned with us. We are in favor of promoting planet-friendly practices. How about you?