Top upcoming technologies we should watch out for in 2014 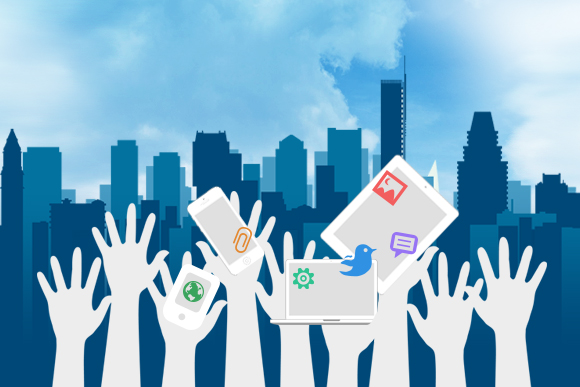 2014 is set to bring to our homes, offices and factories many technologies that have been in the experimental state for the past few years. Now, there’s no crystal ball to gaze into and accurately predict which open source platform will be popular next year or which Silicon Valley startup is going to revolutionize enterprise operations. But based on certain tech trends, we have created this list of technologies to watch out for this year.
According to IDC predictions in 2014, IT spending in the market will grow by 8.8% to exceed $730 billion and this represents 34% of all the IT worldwide spending more significantly. This means a 51% increase in the mobility marketplace. According to IDC & Gartner’s researchers, two major technologies that seem poised to change the way we live and work are 3D Printing and the Internet-of-Things. Let’s have a close look at the top technology trends that will continue to dominate the IT world.
[Tweet “Top upcoming technologies of 2014 that we cannot just ignore!”]
Internet-of-Things 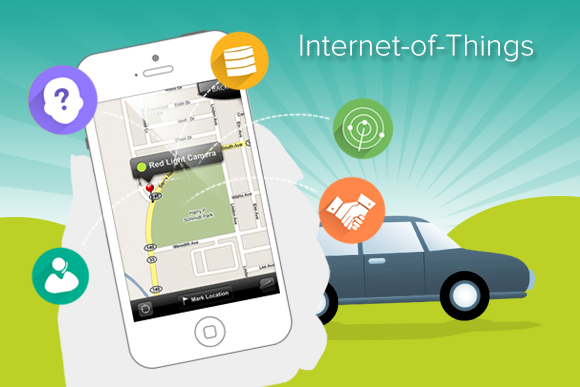 The Internet of Things (IoT) is going to bring major transformations in this competitive world. It is not just a thing but it is a vision that is being built today.
The concept is simple – most machines in our homes and offices have microprocessors and limited computing power. By being connected to the Internet, these devices can transmit a lot of data, which can then be either acted upon by a human operator or used to automate certain tasks.
Companies involved in home automation can be one of the biggest beneficiaries of IoT. Internet of Things will play a crucial role in making systems more efficient by energy management. It can be connected via IoT and power utilities are already involved in pilot programs across the US. There are mobile apps available in the market that can be used to control the temperature in your house. Some apps even store your “favorite temperature” and can turn it down when the house is empty. Using a smartphone, IoT enabled solar panel installations can be monitored and optimized.
[Tweet “Upcoming #technology #trends- how it can influence our life?”]
IoT has extensive uses in all industries. A few examples of IoT in use are:

By 2020, there are expected to be 212 billion IoT devices and spending on IoT technologies and services is estimated to be around $8.9 trillion.
3D Printing
There’s been a lot of hype about 3D printing in 2013 and the technology will continue its march towards the mainstream in 2014. According to the latest market surveys, 3D printers under the $50,000 range are entering the market and worldwide shipments are expected to jump by 75% in 2014.
Samsung and Microsoft have already launched 3D printers and HP is going to enter the market in mid-2014. Most medium and small-sized businesses are expected to turn to 3D printing for their manufacturing needs.  In 2014, 3D printing technology will start to be widely adopted for developing prototypes and short-run manufacturing.
These moves will certainly change the printing market scenario in a major way in 2014.
Mobile Cloud Convergence
Many enterprises have now realized the benefits of using cloud services and also the advantages of having mobile applications. In 2014, we will see the rise of the mobile cloud. In fact, IEEE has identified the mobile cloud as one of the most important tech trends to watch out for in 2014.
As the organization points out, mobile devices have a short battery life, memory, and processing power. However, with tablets and smartphones capable of connecting to the cloud, you can access your data anytime and anywhere. This means that you don’t have to drain your phone’s battery as the heavy lifting is done in the cloud. To take advantage of the opportunities that mobile cloud strategies represent, organizations however will have to re-write and redesign their applications.
Personal Cloud Services Will Continue to Grow
As privacy concerns continue to grow and more people decide that they want to store their data where Big Brother cannot find it, many are putting their data on personal cloud systems. These “clouds” are often network-attached storage devices or a USB hard drive, which is made accessible via devices such as Pogoplug.
Another popular service is BitTorrent Sync, a free syncing application from BitTorrent, which can help you manage your personal files in a cloud-like Dropbox-ish manner.
The key benefit is that there are no file limits. It doesn’t even have download speed limits and has the standard BitTorrent data privacy and security features. The service has already found two million users as of the first week of December 2013.
Enterprises Will Seek Out More Cloud Services
Now that the gains of having a cloud-friendly enterprise have become clear thanks to early-adopters, more businesses will shift to a cloud-based IT infrastructure. According to market intelligence firm IDC, one-third of server shipments next year will be made to cloud-service providers.
Mobile Apps Continue to Grow
The increasing number of smartphones and tablets among consumers and enterprises has made mobility solutions a necessity for an organization across different verticals. Today, enterprises need to develop apps not just for their consumers but also for their own employees in order to become more productive.
The debate over HTML5 and native apps seems to be ending as developers realize that they need to develop apps based on different requirements. Many enterprises are increasingly choosing the hybrid apps, as they considered easier to develop and deliver the best development results.
[Tweet “Shape up your #future with #toptechnologies of 2014”]
Big Data Gets Bigger
As the demand for Big Data rises, investments in cloud-based platforms capable of streaming Big Data will touch $14 billion in 2014. Total spending on Big Data technologies and services will grow by 30% next year.
The only constraint is expected to be a lack of skilled and certified workers in the industry. IEEE calls this huge amount of data as “Extreme Data” and also notes that there are not enough trained data scientists and easy-to-use tools that can actually help businesses make sense of so much data.
Online Education Becomes More Mainstream
In the next year, we will see more universities offering free online courses, as distance education courses continue to increase in popularity among working professionals and students who want a low-cost/free educational model.
The concept is called the Massive Open Online Course (MOOC) and has had a mixed success rate across the world. Public and private universities are trying it out along with several other companies in the education industry. The focus in MOOC is on the online collaborations and interactions between the students. The for-profit players in the sector are experimenting with a freemium model.
Many technologies have the potential to bring in massive changes in the tech industry, which we are planning to cover it in our next blog posts.