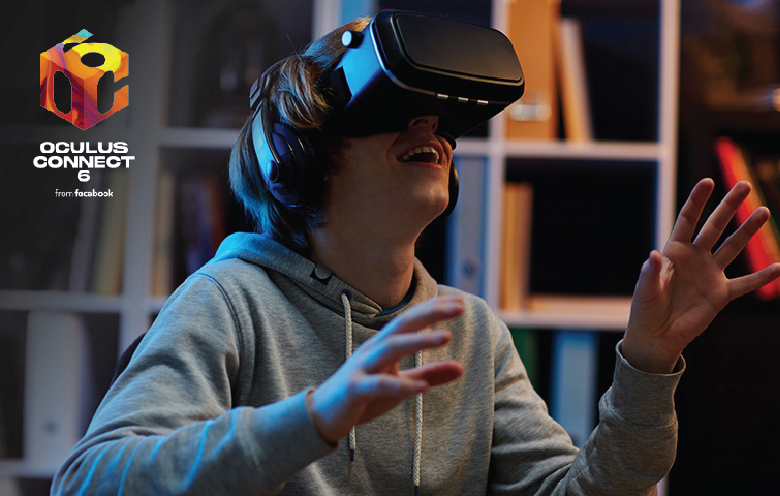 The sixth annual Oculus Connect Conference was conducted by Facebook at the San Jose McEnery Convention Center in California on September 25 & 26. This two-day event highlighted the latest developments in the virtual reality segment. The announcements included both the software and the hardware changes, some of which may be rolled out in the coming few months while others may be released next year.

Here is a summary of the key announcements made at the event:

Facebook announced hand-tracking for its VR gaming device, Quest. These hand-tracking capabilities will be launched as an experimental feature in early 2020 for consumers. The Quest cameras will be used to offer full-hand tracking, which will take the VR experience to an entirely new level. With this feature, there will be no need for any controllers, gloves or any other external devices as users will be able to control their actions in the virtual environment through hand-movements.

Another important announcement was made regarding a new feature named “Oculus Link”. Launching the update in November, this feature will allow the Quest headset to be connected to a gaming PC using the USB cable through which they can access the entire Rift library. This means you will be able to convert your Quest into a profitable Rift S and enjoy great VR experiences.

Oculus devices will be adding several new social features to integrate virtual reality segment with their social network. One such social feature that will be available to Oculus users is chat. Soon you will be able to exchange chats with your friends both while using the headset or without it. The company is also adding features to organize, attend and invite friends to events related to virtual reality. Moreover, users will also be able post on Facebook via their Oculus devices. They can share video clips and shots of the games being played in the virtual world to let their connections know about the kind of VR experience they are enjoying.

The company also announced another interesting feature named Facebook Horizon. Launching in early 2020, Horizon will be a virtual reality sandbox universe where users can create their virtual world, build environments and communities, choose avatars, invite friends, play multiplayer games and do much more. And the interesting part is that you would not require any coding as Horizon will be providing easy-to-use tools to build all this.

Passthrough+ is a feature provided by Oculus that allows users to view the world outside the headset with the help of the front-facing cameras of the headset. Previously this feature was available on Oculus Rift, but now it will be available for Quest as well. This feature will allow a better switch between real and virtual world thereby improving the overall user experience.

Facebook also announced to bring several popular Oculus Go apps to Quest. They will be offering free upgrades to the owners of paid Go apps so that they can use the Quest version if available.

The company also announced the new and improved Oculus TV, which along with its rich and diverse content provides a way to watch media on your Oculus Go and Oculus Quest devices. They have added Oculus Media Studio to the Oculus TV that allows creators to upload and publish connect for VR as well as outside it.

Here are some of the developer updates made at the event:

The final say
These were some of the top announcements in the Oculus Connect 6 event. Apart from this, the company also shared updates about their research related to LiveMaps, shared spaces, Half Dome, full-body codec avatars and more. Talk to us to know more about how these updates can be helpful for your organization’s VR efforts.