Why you should migrate from InfoPath to PowerApps 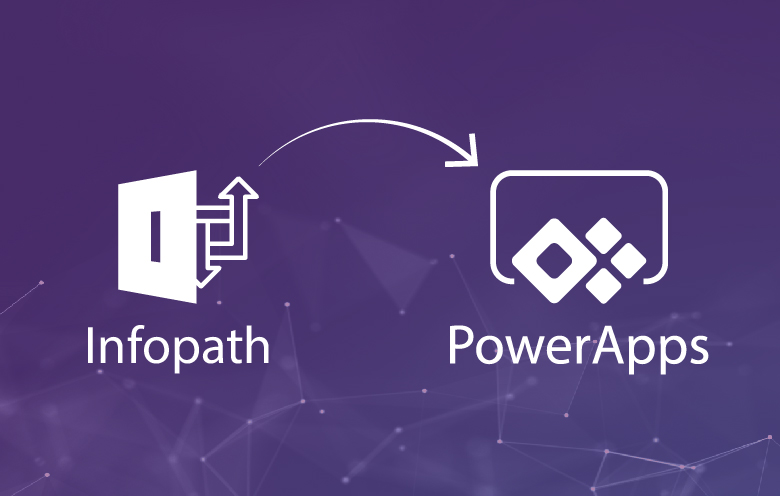 In 2016, Microsoft launched Power Apps (a part of Power Platform) as the prospective replacement for InfoPath. They also announced that they will provide extended support for InfoPath until July 2026. However, they have stopped providing mainstream support since the year 2021. Under this increased pressure, many enterprises have shifted from InfoPath to Power Apps in the last few years.

Power Apps is a powerful tool that enables modern enterprises to formulate advanced forms with composite apps and workflow sequences seamlessly. It also facilitates the creation of custom forms as per your enterprise’s modern business needs. Moreover, building apps with Power Apps will not need any sort of coding as it uses a simple drag-and-drop designer.

Power Apps is power packed with an all-in-one suite of data platforms, apps, connectors and services, making it the finest alternative for InfoPath forms. If you are planning to migrate to Power Apps from InfoPath, this blog post is for you. We will walk you through the common challenges faced with InfoPath forms and how to overcome those challenges using Power Apps.

Why should you migrate to Power Apps from InfoPath?

In one of its premium events – Ignite, Microsoft announced Power Apps to be InfoPath’s successor and suggested migrating forms on the Power platform. Some of the most reasonable points proving Power Apps the best alternative to InfoPath forms are:

How to migrate forms from InfoPath to PowerApps

The data of InfoPath forms is either stored in lists in the form of items or sent to libraries. The InfoPath to Power Apps migration approach depends on how the data is utilized and stored.

The first step is to build inventories of forms you wish to migrate from InfoPath to Power Apps in SharePoint. For this, it is vital to have every detail of InfoPath forms inventory, like these forms are hosted in which library or list. Based on this information, you can use modern tools or technologies to build inventories of these forms in SharePoint.

The fourth step is to determine data sources and screens. Next, you will also have to identify alternative InfoPath controls. Then, you will have to redesign the Power Apps forms with all the extracted data. For code-based forms, you need to verify the code first and then implement it with similar functionality in Power Apps.

Benefits of PowerApps over InfoPath

To know how Power Apps can help you transform your ideas into a functional prototype, read our blog on designing business solutions with the ultimate Power Apps development.

Embark on a migration journey now!

Everything has a shelf life. InfoPath too has a shelf-life, and with the announcement of Power Apps, the retirement of InfoPath began. Ever since then, many enterprises have shifted from their existing InfoPath forms and started migrating to Power Apps. With the termination of InfoPath services by 2026, if you are willing to carry out InfoPath to Power Apps migration, get in touch with our experts. Our professionals will assist you in embarking on your migration journey.