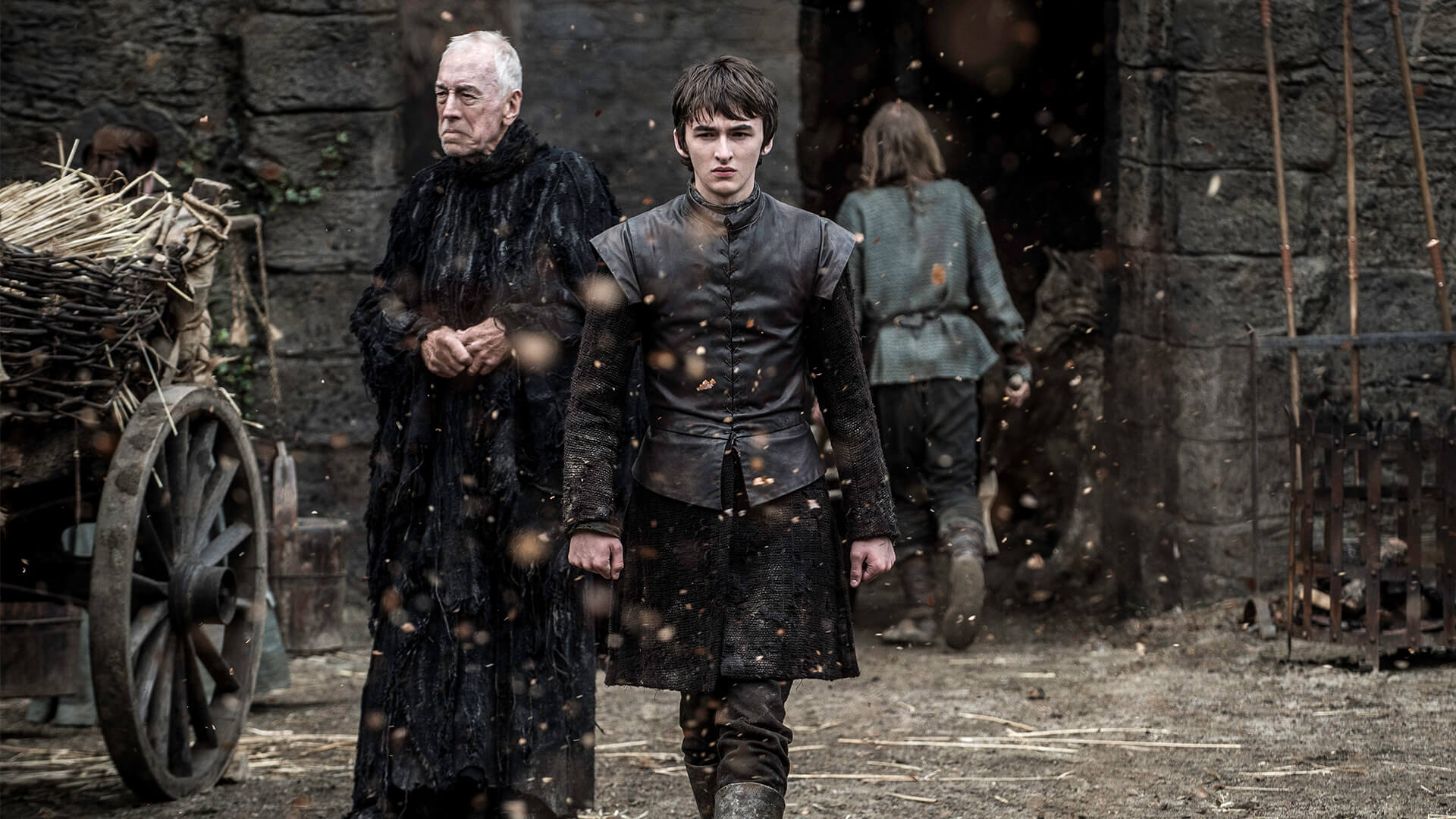 The latest episode of Game of Thrones, The Door, stayed true to the show’s format of surprising viewers with huge character reveals and plot changes. This always leaves the fans surprised and depending on which character meets his maker, the sentiment analysis that our data science team carries out shows a spike in one of the emotional states.

This time, it was the big reveal about how Hodor got his name (Hold the door => Hodor) and how his whole life was a preparation for his one big moment where he sacrifices himself to get Bran to safety. Before this scene, Hodor was the source material for many Internet memes about stupid people, but his death seems to have triggered an avalanche of tweets in his honor and most of the show’s fans on Twitter are feeling dejected. 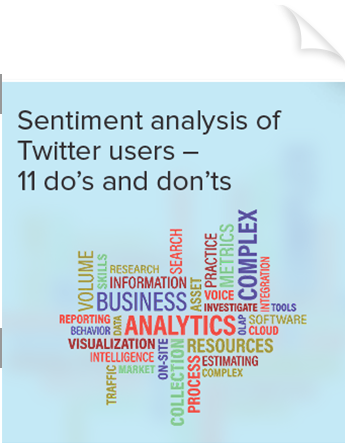 Key findings from our sentiment analysis of Game of Thrones season 6, episode 5 –

Since the episode started airing till around 23/05/2016 11 PM IST, we analyzed 74,604 tweets related to Game of Thrones. This included text related to all the main characters shown in the episode.

There were 35,770 retweets in total and the most popular one was from user George RR Martin (a fan account).

Tweet: “I’m in a rush to finish the next book, so the entire second half will be written from Hodor’s perspective. http://t.co/6trvaOZHp0“

Overall sentiment analysis for this episode 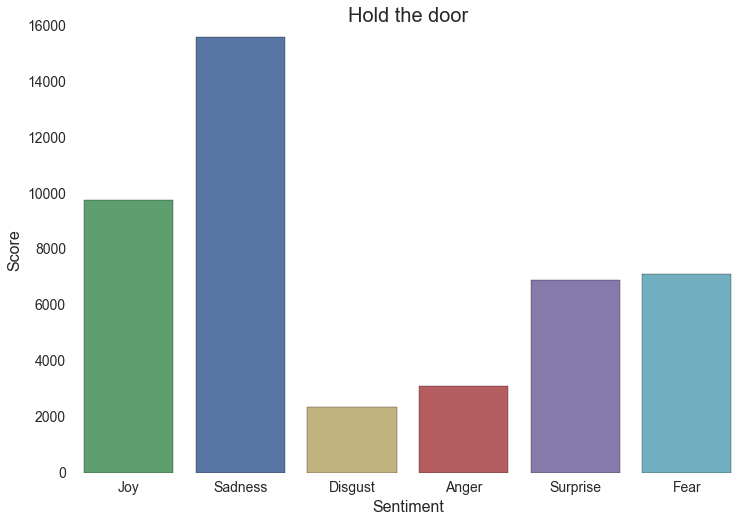 As can be seen in the chart given above, Hodor’s death seems to have spiked the “sadness” emotion this time. In the previous episodes, the chart was overwhelmingly towards the joy category.

Emotion of tweets about Hodor 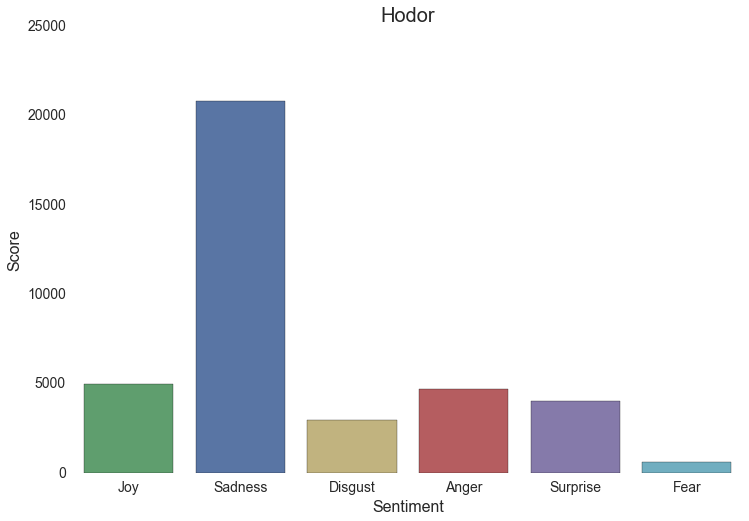 Hodor is dominating everything related to Game of Thrones this week

This tweet appeared about 721 times: @9GAG: The most heroic moment in #GameOfThrones history goes to Hodor https://t.co/K7x8rDWsnd

Out of all the original “Hodor” tweets, people tweeted @KristianNairn a lot. Some of those tweets are below:

Fiona McKenna: @KristianNairn you sir are a rare breed of actor. By far one of the best episode @GameOfThrones has ever made. #GameofThrones #Hodor

There were a total of 6,741 sad smileys associated in tweets about Game of Thrones, out of which 3,241 were in tweets containing the text “Hodor” (including retweets). To analyze this, we searched using 12 sad smileys. 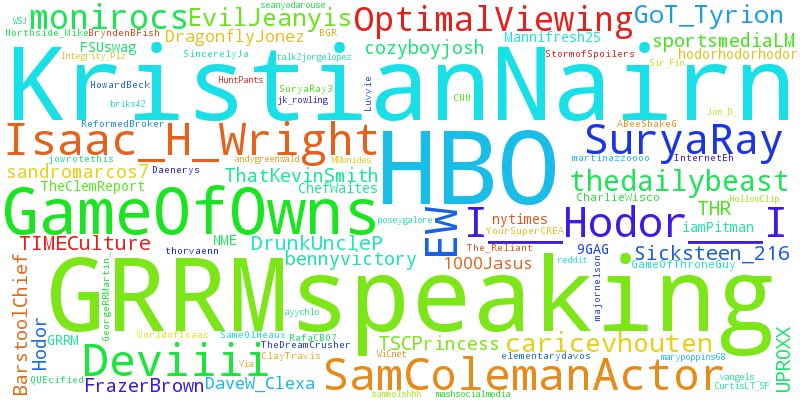 The size of the word (which is a Twitter handle) represents the number of times it was mentioned in the original tweets.

Come back next week to find out how Twitter users are reacting to the sixth episode.

Reach out to us for custom social analytics solutions.