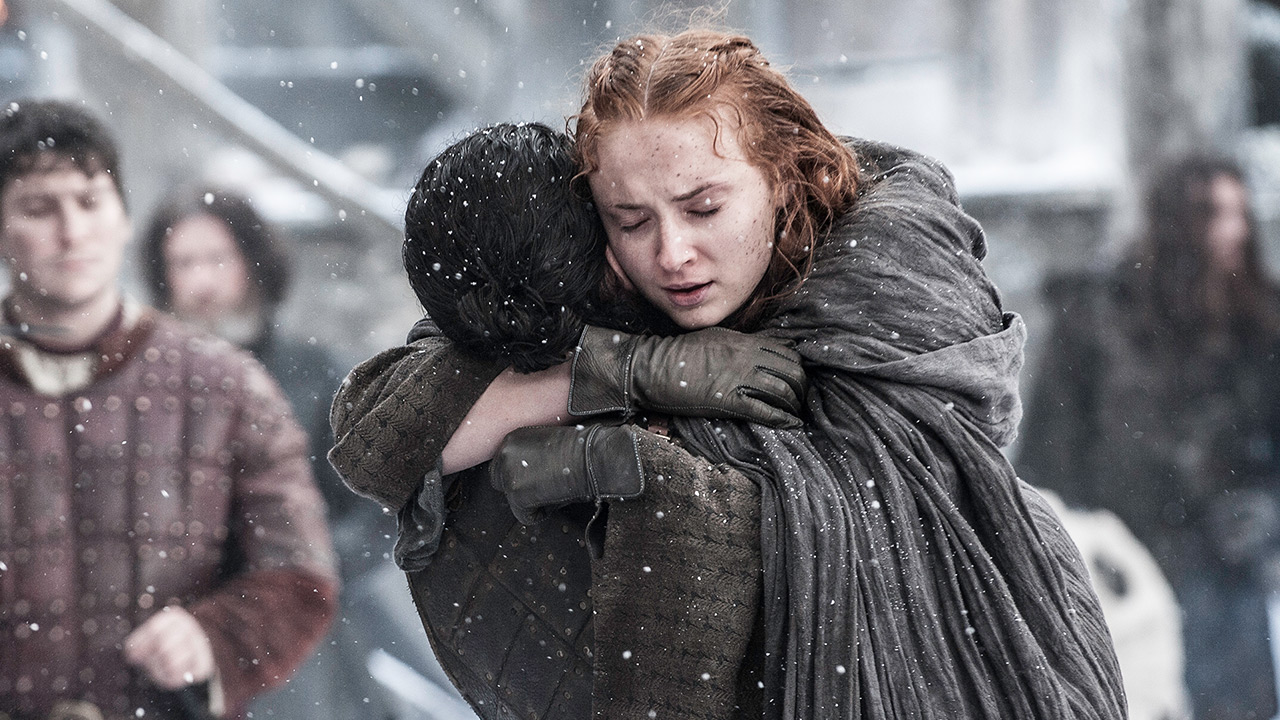 In this week’s episode, Book of the Stanger (season 6, episode 4), the fan reactions to the two main storylines were not what we expected and it’s obvious that the Twitterverse has its own views on which character’s story was more important.

There were seven storylines covered in the episode, spread across an equal number of locations. This time, we are summarizing the sentiments of Twitter users for every storyline shown in this episode instead of analyzing the reaction to each character. This gives us an aggregate score of what viewers thought of each sub-plot. We are also including one example for each of the top three emotions displayed in the charts. 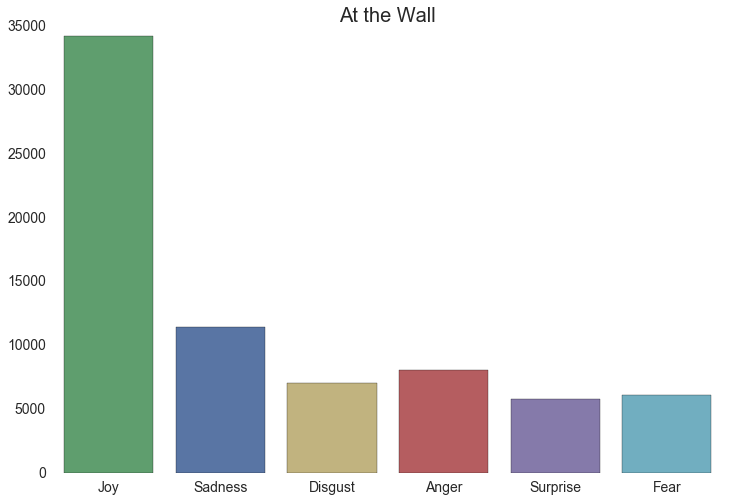 The long-awaited Sansa Stark and Jon Snow reunion finally happened in the first few minutes of this episode. Twitter users seem to have gotten all sentimental over this scene as shown by our sentiment analysis (pun intended). But it’s the Tormund-Brienne chemistry potential that has put this sub-plot’s sentiments so high in the joy category.

Sadness – RT @ditzkoff: Did we miss the part where Jon casually explains to Sansa that he was stabbed to death and resurrected?

In Runestone aka the Vale 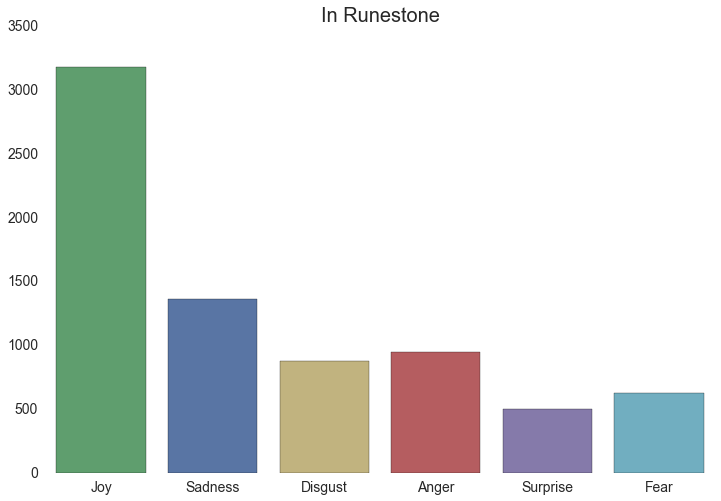 Littlefinger’s back and Twitter users are happy to have another character to hate. With an uncle like Petyr, “who needs enemies?” seems to be the common reaction to his devious plans for little Arryn.

Sadness – When Baelish is your very own ‘Uncle Petyr’ then you are 4000% SCREWED! It’s a bit like having an Uncle Ramsey. #GameofThrones

Anger – Petyr Baelish coming back to f*** s*** up in Westeros 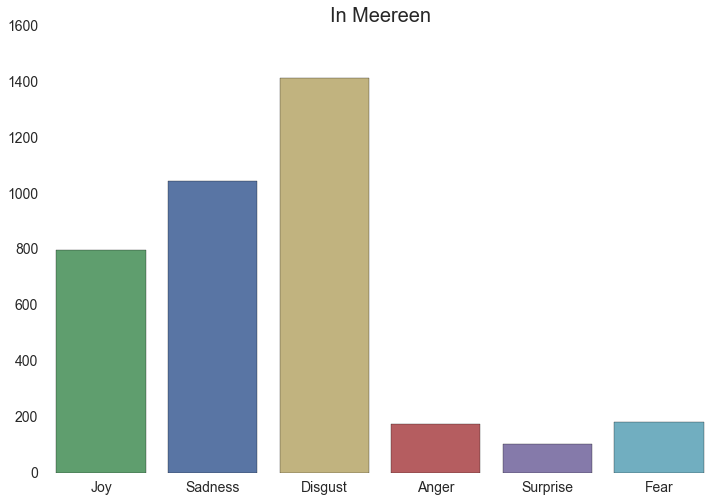 Game of Thrones is a fictional show taking place in a fictional world of magic and dragons. But occasionally, the stories and characters resonate to our current realities. Tyrion’s exchanges with Grey Worm and Missandei in this episode were one of those moments. Tyrion’s plan to slowly phase out slavery as opposed to the latter two’s plan to end it quickly, even if it involved bloodshed, drew the Twitterverse into conversations about white privilege and the morality of trying to avoid bloodshed versus ending slavery.

Disgust – Missandei and Grey Worm are fed up with Tyrion’s white privilege.

Sadness – Tyrion: My own recent experience with slavery has taught me the horrors of that institution.” Missandei:“How many days were you a slave?” 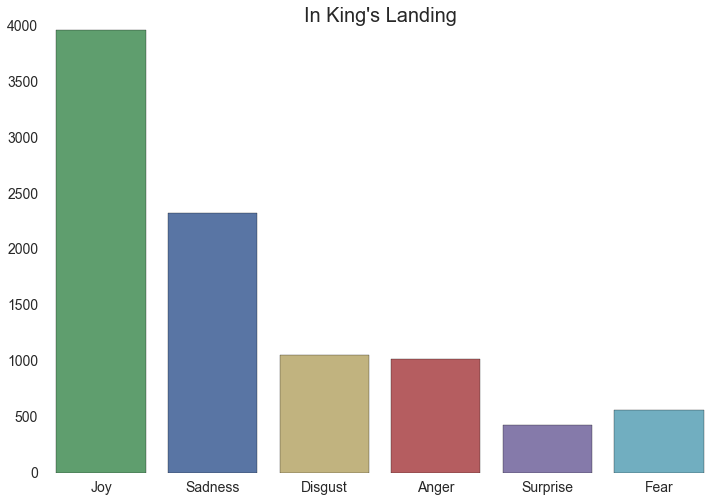 The High Sparrow’s charm, manipulation of the people around him and religious fanaticism has made him another fan favorite who steals every scene that he is in. The character is now being compared to real-life politicians and religious leaders.

Joy – Jonathan Pryce absolutely kills his role as high sparrow in the Game of Thrones.

Disgust – Tweeting during the High Sparrow shit because I can’t manage to listen to this for more than 20 seconds. Such a low point in a great show.

In the Iron Islands

This episode had another sibling reunion – the Greyjoys. But Theon and Yara’s reunification did not seem to gather much emotion from the show’s fans with so few tweets being made about them that it was not possible to carry out a proper sentiment analysis of this sub-plot. 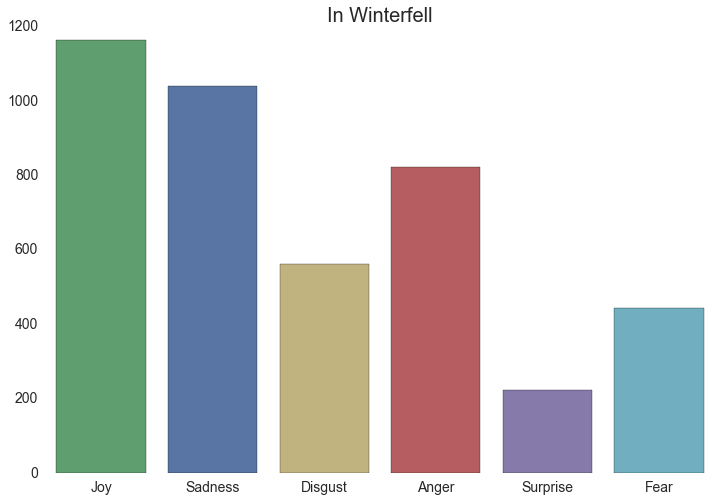 Ramsay Bolton is the one character that never disappoints when it comes to our sentiment analysis experiment. He is the only character so far to whom the fans react in such a varied manner that all the emotions are almost evenly spread out in the bar chart.

Joy – RT @spirdeypool: I want to say thank you Natalia Tena. Osha deserved better, in memory of her and her woman power #GameofThrones

Sadness – Why OSHA had to die tho? Why not like….Kill Olly again or sumthin! ???? #GameofThrones https://t.co/T2KlOmpHkJ 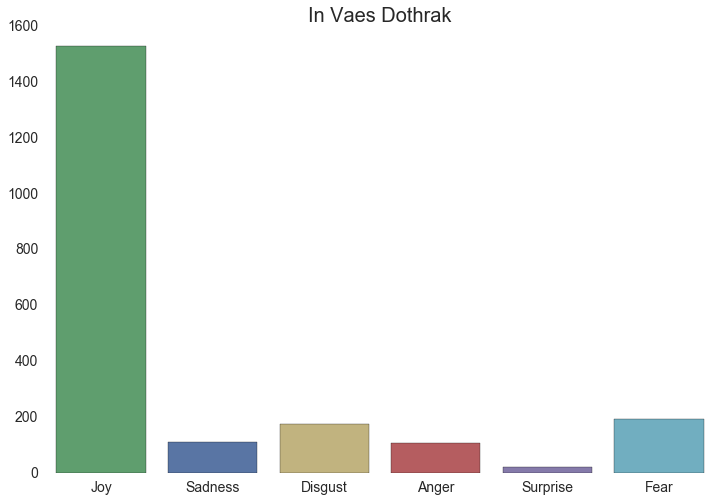 Daenerys killing all the khals by putting the temple on fire and walking out naked and unburnt was the most talked about scene when it came to the episode’s reviews. The big review websites were covering how actress Emilia Clarke once again did a nude scene, did not use a body double for that and whether it was the right decision for her. But the responses of Twitter users to that scene, while positive, were nowhere near the responses that the Jon Snow-Sansa Stark reunion gathered.

This fact alone shows that when it comes to social media analytics, our perception of what is popular can often be wrong. Data analytics can give us an unbiased picture of what people are actually talking about.

Joy – All I’ve been doing since “Game of Thrones” ended is randomly yelling out “Daenerys Targaryen, THE UNBURNT” at random intervals.

Disgust – .OK, I retract my comment about the absence of gratuitous nudity-Ep 4 brought us badass #unburnt #Daenerys – naked of course #GameofThrones

How we do it

Tweet with most likes from the ones we analyzed:

We chose Python for our analysis mainly because of the abundance of powerful built-in global functions (no praise needed for <code>map</code>, <code>reduce</code> and <code>sorted</code>!), list comprehensions, and, most importantly, NLTK. In addition, we love the fact that we could do everything from service calls, to IO, to data analysis, to visualizations purely using Python without having to leave Jupyter Notebook/Visual Studio (yup, we love PTVS!).

We downloaded tweets using the tweepy Python package, which, among other things, helps us use Twitter’s Search API. We used a variety of keywords and search terms to ensure we did not miss anything. We set a search result limit of 40,000, but a bit surprisingly, got those many only for characters occurring in the first location of this episode. For the remaining locations combined we got only ~15,000 tweets. We stored the tweepy’s results in flat files.

We used Python’s NLTK package for stemming and lemmatization, which basically removes suffixes and converts words to their root form. We also removed common stop words. Finding a good lexicon was a significant challenge. We used a weighted combination of several lexicons in addition to one we created ourselves for some context-specific concepts.

The most fun part of the analysis—and a terrific learning experience—was rolling an algorithm to assign scores to tweets. The current version assigns raw scores for each emotion category, thus accounting for multiple emotions possibly depicted in a single tweet. In our previous experiment, the algorithm was slow due to some redundant calls. This time we did some clever caching and optimizations to the code: it is several orders of magnitude faster (%%timeit for the win!).

Finally we rendered our results using an open-source Python visualization library known as Seaborn. We find Python infinitely capable and customizable for text analysis. We have planned a slew of exciting things to do in the analyses of upcoming episodes.

Come back next week to find out how Twitter users are reacting to the fifth episode.

Check out our sentiment analysis of Twitter users for the first, second and third episodes here.