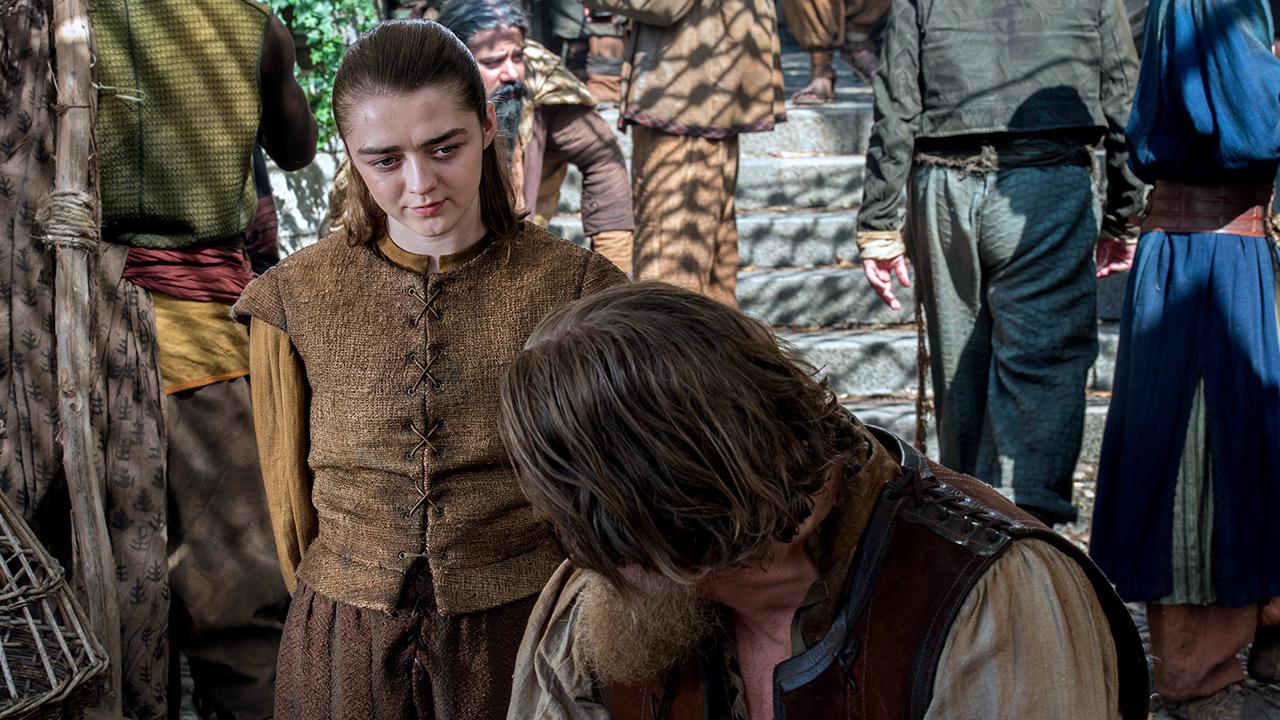 Share the post "Game of Thrones s6ep7 – Data analysis of 171,000 tweets shows fans liked the first few minutes the most"

In episode seven, The Broken Man, the two major storylines were the return of Ser Sandor Clegane aka The Hound (the episode title is a reference to him) and Arya Stark getting stabbed by the Waif.

Key findings from our sentiment analysis of Game of Thrones season 6, episode 7 –

The return of the Hound in the first few minutes of the show caused a sharp spike in the tweets as can be seen in the graph given below. The number of tweets then went down and picked up at the end when the Arya storyline started airing. 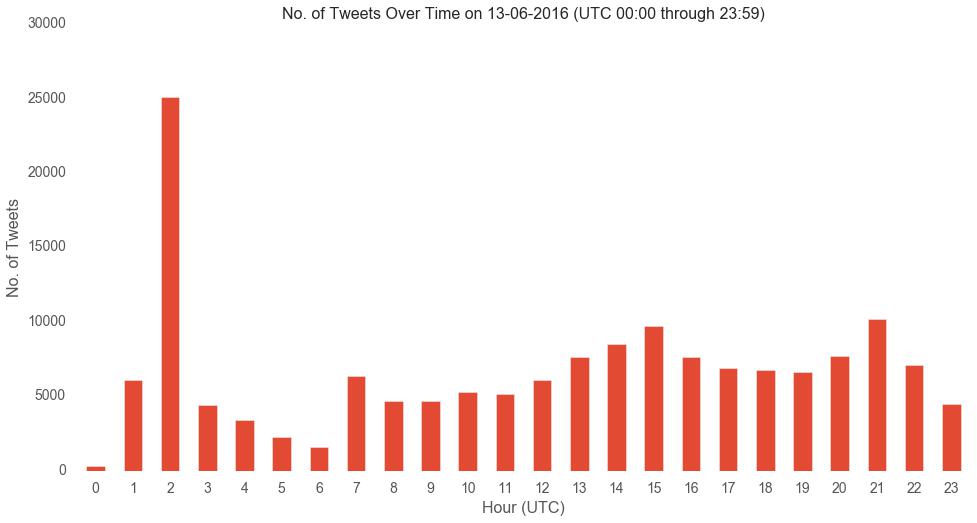 Another interesting fact that we encountered was that after the US, the country from which we got the highest number of tweets was Peru. Apparently, the show has a lot of fans there, although how they are able to watch the show so soon is anyone’s guess! 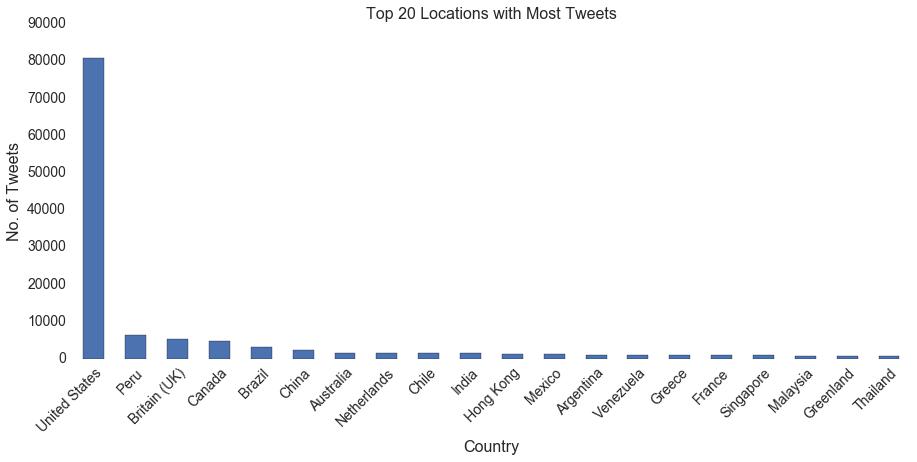 The most popular hashtags for this episode (excluding the show’s name related ones) were for Lyanna Mormont, Hound and Arya. But a number of them also involved talk about the Miss USA pageant which was airing simultaneously on FOX. 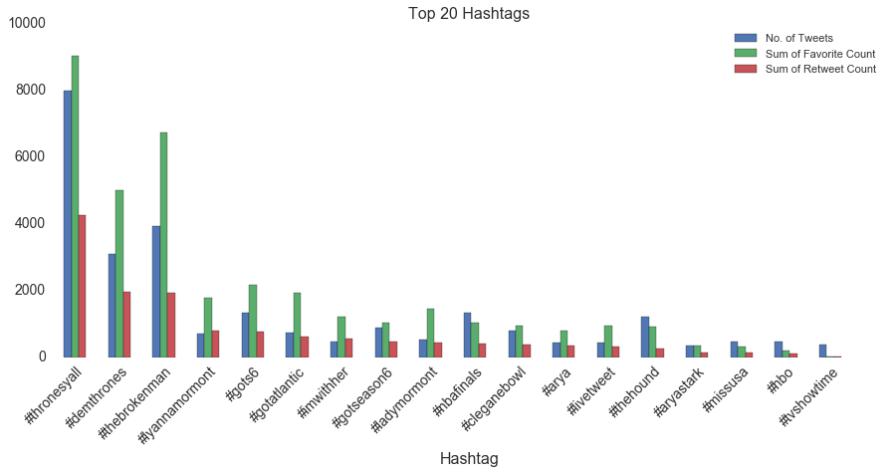 The show is often charged with pandering to male chauvinist tendencies and various activists keep trying to stay a boycott of the show on Twitter. But a data analysis of the show with respect to words commonly associated with such campaigns (feminism, gender, empower, sexism, woman, women, objecti*, lgbt, gay, and so on) shows that the show’s fans do not seem to take this charges seriously.

This is certainly good news for HBO since it proves that no matter what a vocal minority says, the fans are sticking by the show and can distinguish between fiction and real life. 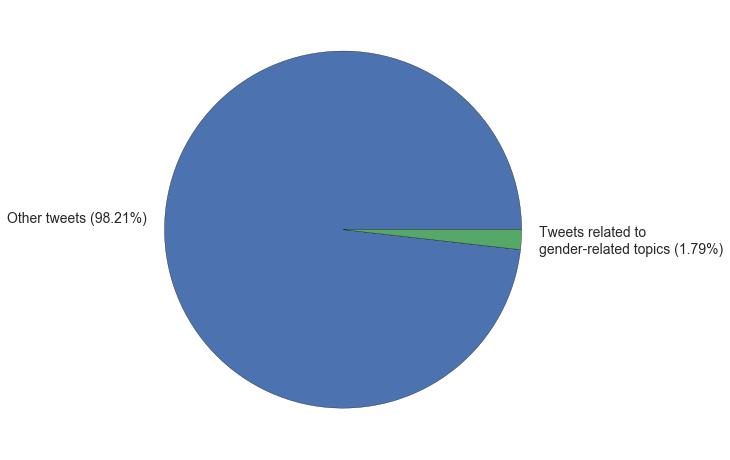 Deadwood star Ian McShane’s enterance (and exit) from the show got him 2,625 tweets and his fans were more concerned about a possible Deadwood movie. 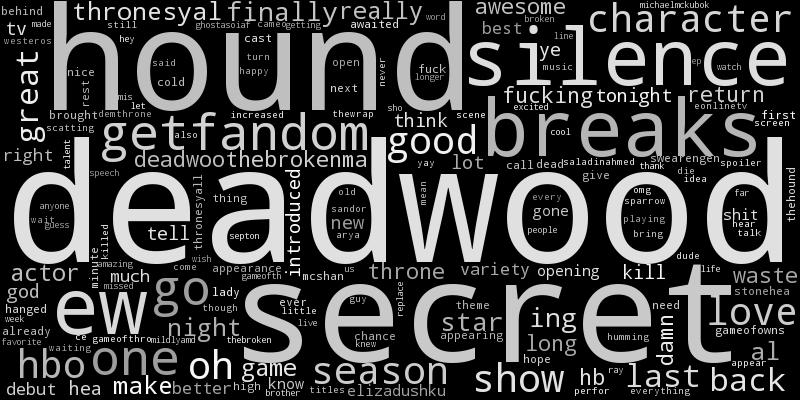 From the time the episode started airing till around June 7, 2016 2 PM IST, we analyzed 171,982 tweets related to Game of Thrones. This included text related to all the main hashtags associated with the show such as #gameofthrones and #got.

Most popular characters mentioned in tweets: Arya and the Hound (25,760 ~15% of all tweets)

Come back next week to find out how Twitter users are reacting to the eighth episode.