Apple’s CarPlay – Not quite the iCar, but a step towards a more connected car 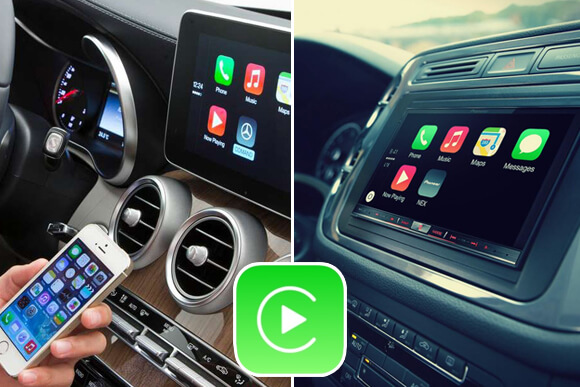 Share the post "Apple’s CarPlay – Not quite the iCar, but a step towards a more connected car"

Apple has finally unveiled its in-car system and although it’s not quite the iCar that Apple enthusiasts have been predicting for years (Steve Jobs at one point was seriously thinking of launching a car), it could be the first step towards making our cars more intelligent.

CarPlay, which was previously known under the rather mundane name “iOS in the car”, is still the stripped down version of iOS that it was expected to be all along. Here’s a quick look at what it can do.

CarPlay gives its users the option of using the car’s inbuilt display of its entertainment system. The app works with iPhone 5 and iOS 7.1. It will also be available with aftermarket car systems such as Alpine and Pioneer. Existing Pioneer customers can also use it on their NEX systems with a firmware update.

The biggest advantage that CarPlay will give drivers is that it brings Siri in the car. CarPlay can also work without a touchscreen, using just Siri, if your car has a built-in entertainment system that can be controlled via knobs and buttons.

Integrating Siri in the car means that drivers will be less distracted since they can access most of the phone functions using voice commands, resulting in safer driving. This alone will save thousands of lives through the world. In the U.S. alone, there were over 3,000 deaths resulting from distracted driving in 2012 according to the Department of Transportation.

Apple is not the only tech giant entering the world of autos. Google is already working with automakers to do something similar with its Android system. It has launched the Open Automotive Alliance (OAA) with Nvidia and has already got Audi, Honda, Hyundai and GM on board. And then there is the Google driverless car project, which shows that the company is planning to be a major player in the auto industry.

Any mention of Apple and Google working on a new device cannot be complete without talking about Microsoft. For those of you who are loyal to the Redmond giant, Microsoft is also working on developing in-car technology. For Google and Apple fans, this might seem like the time to crack a “reboot car” joke, but Microsoft has been present in cars for the last few years. Microsoft’s Windows Embedded Automotive (WEA) is used by Fiat and Kia to power their infotainment systems.

Ford, which was also a Microsoft partner, parted ways with the company in February. The automaker was using Microsoft tech for the Ford Sync system. Ford has now tied up with BlackBerry for using its QNX platform for in-auto entertainment systems.

While all this competition to CarPlay means that Apple’s aim of becoming the default car OS is far from guaranteed, the one sure winner is the consumer who now has multiple options to make his car more “intelligent”.