Blockchain: Getting beyond the hype 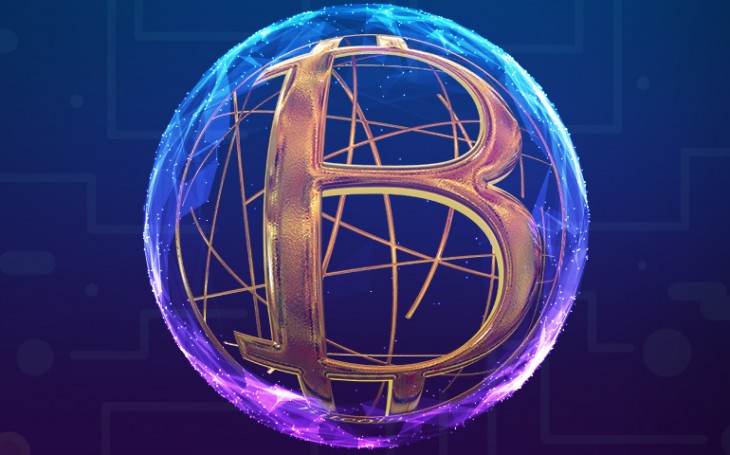 Today, enterprises are paying more and more attention to the potential of blockchain technology to address challenges that businesses have been facing for a long time, but at the same time, there is so much hype around blockchain application development. For example, blockchain is going to transform the world and make it corruption-free, it is going to eradicate poverty, erase global hunger, and do whatnot. These are some of the fascinating properties fanatics bestow on the blockchain, the technology underlying bitcoin, which is its first application. Apparently, it is one of the few “back-end” technologies that have captured people’s fancy but believe us, people still don’t understand it fully and think of it as a black box that has magic properties.
Ever since Edgar Codd invented the relational model for database management (largely known as RDBMS), our world has been ruled by databases and data, of course. Blockchain has a close connection with the database technology as information held on a blockchain does not reside on a single central database. The information is hosted by a number of computers simultaneously, making it impossible to lose or manipulate data.
Since many claims have been made about the potential of blockchain, it has become difficult for many businesspersons to pin down real-world applications. Everyone has heard ‘something’ about blockchains and as a result, everyone has their own opinion about blockchain. In this article, we are going to leave the noise behind and let the reality come through.

1) All the information stored in blockchain is public.

Everyone participating can only see the blocks and the transactions happening. This does not mean that they can see the actual content of the transaction because everything is protected by a private key. Each block is connected to all the blocks before and after it which makes it nearly impossible for anyone to tamper with a single record. The transaction information is cryptographically secure.

3) Blockchain is a complex database in the cloud.

Blockchain actually is a linear list of simple transaction records that keep being appended in the peer-to-peer network, which means that entries are never deleted and the file keeps growing indefinitely. One should also realize the fact that the distributed ledger contains only a “proof-of-existence” of a certain document not the document itself. And it can be only be controlled by the owner of the information.

4) Blockchain is not robust yet.

Since blockchain cannot be controlled by any single entity or has no single point of failure, it has a built-in robustness just like the internet. For example, the Bitcoin blockchain has been operated without significant disruption and its track record bodes well as it continues to grow. Today, enterprises are exploring more use cases and practical applications for blockchain, and taking it beyond financial assets.

Until the present, blockchain is neither cheap nor efficient to run since it requires a lot of energy and a massive amount of computing power to solve complex problems and mathematical algorithms.

6) The blockchain can be used for anything and everything.

Since blockchain is secure due to its distributed structure and consensus-driven mechanism, there is much hype regarding its use cases. Currently, many banks have already started using blockchain technology for secure transactions and faster payments. We are already seeing some of the amazing applications including creating new financial avenues, preventing cybersecurity, enhancing security in healthcare, accelerating governmental capabilities, etc. Nonetheless, its full potential is yet to be explored since there are many challenges that may come along.

7) Data in blockchain ledger can be changed by participants.

Once data is written, no one (including a system administrator) can change it since each block contains the answer to a complex mathematical problem. Secondly, the transactions happening in the peer-to-peer network need to be validated and thus, data in blockchain ledger cannot be changed by participants. For anyone to change the data, he needs the computational power of an estimated half of the Internet.
Conclusion
Blockchain has potential to enforce security and transparency while minimizing fraud across many areas including finance, healthcare, democratic elections, energy trading, and many more. But it is important to knock off its hype and not get overwhelmed with hypothetical use cases. The technology needs its own time and space to grow, so let’s be realist and experience its evolution.