Myth vs Reality: Here’s the truth about AI you should know 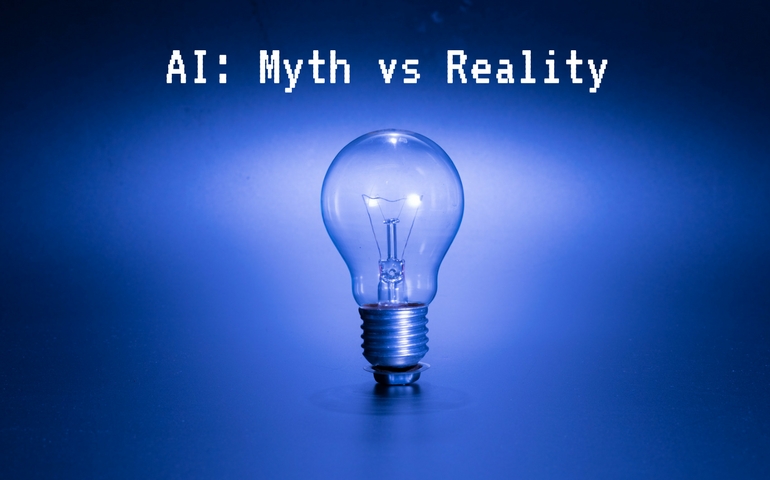 2017 was the year of Artificial Intelligence; many businesses already started preparing for AI looking at its greater potential. Even though its hype has fostered innovation and investment in AI-based smart solutions, there are several myths and misconceptions about AI that have become quite popular. Let’s take a look at the myths about AI and face some facts.

Reality: Under the banner ‘Intelligent Machines’, we hear a lot about robots taking over humans soon. There are many articles published that claim that smart, automated systems will take over all sorts of tasks that humans do today. Regardless of all the current misconceptions, beliefs, and hypes, AI is not new.
The idea of bringing non-living objects to life as intelligent beings has been around for quite a while. John McCarthy, a professor emeritus of computer science at Stanford, coined the term “artificial intelligence” and then went on to define the field for more than five decades. The media has been following the rise of AI – the science-fiction film Metropolis released in 1927 is one such example. Today, we can see a number of applications of AI in the real world, which make business processes smarter and more efficient. So, AI is definitely not so new.

Myth 2: AI and Machine Learning are the same thing

Reality: AI is often misinterpreted for machine learning, as are deep learning, cognitive processing, and natural language processing. Machine learning is a part of AI wherein we constantly train an algorithm by feeding data so that the algorithm can adjust itself and improve. AI is a broader term that involves machines that can perform tasks with human-like intelligence, for example, understanding language, solving complex problems, learning, recognizing objects and sounds, etc. 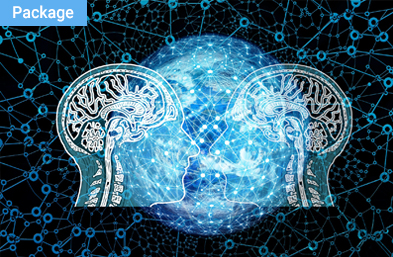 Artificial intelligence is transformational, and adopting this technology will enable companies to reshape their strategic vision so that they no longer rely on what they think is true, rather, leverage factual-based decision-making capabilities.

Myth 3: AI will start giving results as we implement it

Reality: As we just discussed, a constant stream and wide variety of data is required to enable a product to deliver artificial intelligence. It’s just like a human baby; it needs proper training to flourish. As we ingest more data, it starts perceiving and responding in a more humanized manner.

Reality: For machine learning components (which is a subset of AI), you do need to use algorithms and mathematics but AI is data play. Even if AI has existed for past several years, the sudden burst of data (the raw material of AI) has facilitated the advancement and increasing applications of AI in the real world. As AI receives updated and accurate data, it continues to mature and help a product learn how humans feel and think.

Reality: AI is meant to take over repetitive routine tasks which are time-consuming and error-prone so that humans can focus on key areas where capabilities like problem-solving skills and more creativity are required. On the other hand, humans carry unique characteristics like judgment and empathy which can certainly not be expected from robots at present.

Reality: AI is not like a human brain- yet! To make a product think, understand, learn on its own, and empathize with the user, developers have to use large bodies of data, special algorithms, and advanced analytics. Moreover, it takes a massive amount of data and time to learn and have characteristics like humans; however, technologies are still not more capable than humans. So far as your goal behind implementing AI is clear, it is worth investing in AI since using its intelligence provided by data and algorithms, it can replicate actions and decisions of humans (to a great extent).