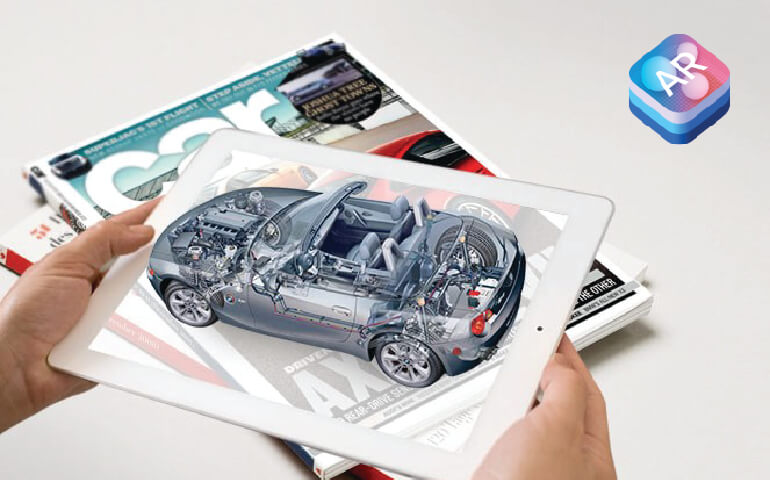 One of the most important announcements at Apple’s iPhone X keynote address was about the consumer release of iOS 11 on September 19 and with that; the general release of ARKit (Apple’s AR framework).

Apple showed off some interesting demos of AR apps built with the framework. ARKit has also been available to developers for the last three months and many of them have created their demos that show the vast potential of the technology.

To see interesting applications being built with ARKit, go to @madewithARKit on Twitter.

Developers are not the only ones excited about the technology. Businesses are also exploring the potential of ARKit in AR app development. There are several reasons for businesses to choose ARKit over other AR development frameworks.

Framework for developers to build AR apps for iOS.

System on chip: Apple A9, A10 or A11 Bionic processors

The single biggest reason for using ARKit is the huge market potential. An estimated 381 million Apple devices are capable of supporting AR apps built on this framework right now. By the end of 2017, almost 500 million devices will support ARKit and by 2020 the figure will stand at 850 million.

Apple has created a tectonic shift in the AR market with this technology. Just as Google put virtual reality in the hands of millions of people with its Cardboard, Apple has done the same for augmented reality. While AR and VR purists might not consider these devices as being true representatives of those technologies, the fact is that no other framework or AR headset has this kind of an immediate reach. This means that any business that is serious about adopting AR cannot ignore ARKit. 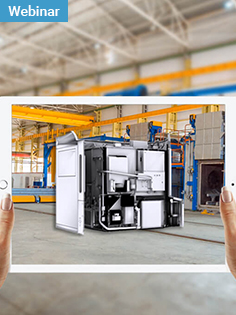 Besides this huge market reach, the other reason that developers are excited about this is that it can recognize its local-coordinate position. This means that when the iPhone or iPad moves around with its camera in the on mode, the AR application will be able to accurately identify its relative xyz position and orientation. It also has 2D plane detection capability. All this was previously available only on specialized AR headsets.

Both these things mean that while ARKit may not be able to give immersive experiences the way some of these headsets do, the framework is capable of supporting many apps that have practical uses in day-to-day life.

Apple is the 800-pound gorilla in the room when it comes to mobility. ARKit will be no different.

There are other frameworks and SDKs available in the market which are used to build AR apps. Here is a short comparison of all the main AR technologies and how they fare against ARKit.

Tango is Google’s augmented reality SDK that has been around for almost three years now. The main technology used in this is computer vision, which allows a Tango device to detect its position relative to its environment without relying on GPS or other external signals.

However, its main drawback is that as of now it runs on very few devices. It only supports – Lenovo Phab 2 Pro and Asus ZenFone AR. Tango has some impressive capabilities and there are some cool AR apps that run on it, but the technology is unlikely to see widespread adoption in the near future. This is because while Tango is very much a hardware centric platform for augmented reality, Apple’s ARKit is just a software update away for hundreds of millions of users.

Google’s Tango will have to offer a substantial benefit vis-à-vis ARKit in order for people to adopt the former in huge numbers.

ARCore was launched by Google a few weeks ago and seems to be the company’s attempt to catch up with ARKit. No special hardware is needed to run ARCore and most of the latest Android models will be able to support it. Google is offering it to developers as an early preview to let them play around with it and develop some good demos.

ARCore is designed for Android phones that run Nougat and later versions. It only supports Google Pixel and Samsung Galaxy 8 currently. However, Google claims that around 100 million devices will be capable of supporting ARCore when it is launched in public (no date has been given for that). The one advantage that ARCore has over ARKit is the fact that it will be repurposing a lot of the technology that was originally developed for Tango over the last three years. This clearly shows in some aspects such as ARCore’s mapping ability, which is better than ARKit’s. However, most of the technical differences are something that only developers will notice and as far as mobile users are concerned, there will not be a major difference in the quality and capabilities of AR apps developed using either technology.

The choice between ARKit and ARCore comes down to market reach and user spending patterns of both the platforms.

Developers can use several other SDKs and libraries for AR development. The table given below shows how the leading ones stack up against ARKit. 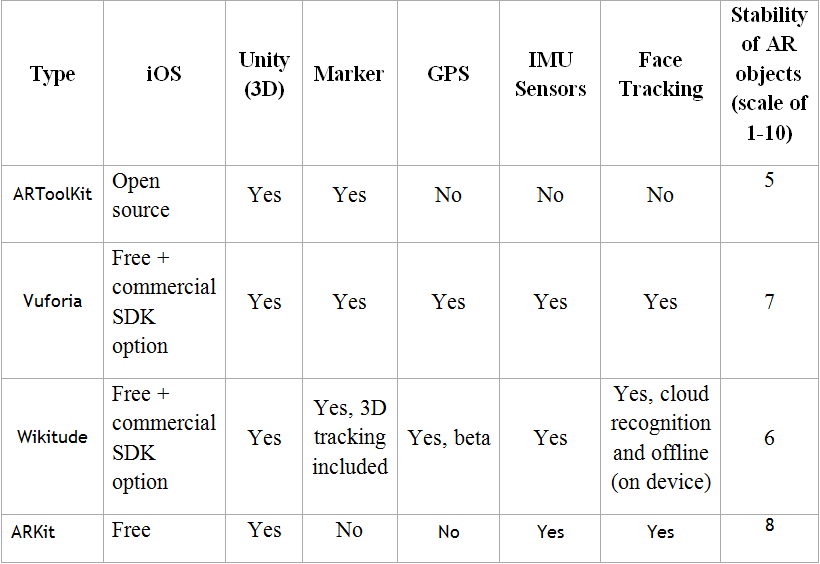 Developing an AR application involves much more than just choosing the right framework or SDK. At Softweb Solutions, we have experience in building mobile applications for major enterprises, because of which our iOS developers know how to utilize ARKit’s potential to the full extent. Contact us to know more on how to build an iOS augmented reality app.