What to expect from Apple at WWDC 2015 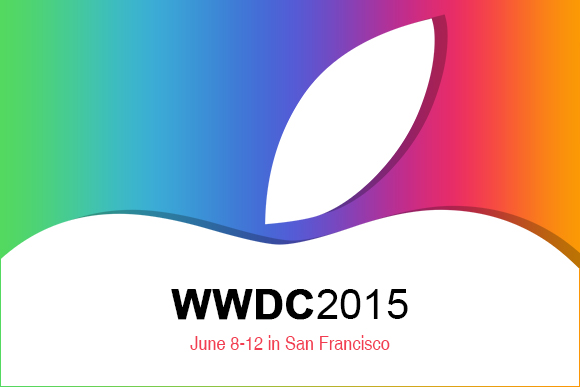 When will the new iPhone 7 be launched? What new features and design changes can be expected in the iPhone 7? Will the next iPhone be called “iPhone 6s” or iPhone 7, based on the naming conventions of previous iPhones (iPhone 4s, iPhone 5s, etc)?

With the popularity of iPhone 6 and iPhone 6s, iPhone 7 is surely a hot topic and Apple lovers are eagerly waiting for the official news from the company about its next iPhone product launches. The web is full of speculation and the rumors about the new iPhone launch in 2015. Everyone keeps an eye on what Tim Cook has to come up with?

Apple had officially announced that its World Wide Developers Conference will take place on June 8-12 in San Francisco. With every WWDC or any Apple event, there are speculations and rumors about what new Apple products will be unveiled. The event will be held at San Francisco’s Moscone West and the developers can apply for the tickets that cost around $ 1,599. The tech giant will offer 350 conference scholarships to the student developers and members / alumni of some organizations also via an application process. Apple has confirmed that attendees will be picked at random.

It is expected that Apple will unveil the next iOS at WWDC 2015. Apple might have made efforts to shun some new features in order to improve the performance of the device. Sources also suggest that Apple will look to reduce the size of future software updates with iOS 9. We can expect the giant to continue making efforts to keep the size of the OS and updates manageable, especially for the users with 16GB devices.

While Apple wants to hold back on the new features, iOS 9 may also debut a new Maps app, which will help to improve on the current offering with indoor mapping abilities and public transport directions.

Music lovers can enjoy a long-rumored Beats Music streaming service too. A split screen mode to the iPad can also be brought to iOS 9. The new iOS 9 device will not support the older iPhone 5C, but will support devices with 64-bit A7, A8 and A9 processors only.

It is expected that Mac OS X 10.10 Yosemite will arrive as OS X 10.11. Not much information is available about the next-generation OS X software yet.

WWDC is a conference largely centered on software, but as Apple has shown off new hardware also during the past events, we can expect some new features in the hardware also.

iPad Pro will feature a 12.9 in Retina display, A8X chip, 2 GB RAM and a baked-in fingerprint scanner at WWDC this year. Nothing has been said whether Apple might showcase its first 15 Retina display-equipped Macbook at the event or not. Towards the end of April Apple Watchers began to spot that shipping times for 15in MacBook Pro models had increased to 1-2 weeks, a sign that an update is nearing.

A recent report from the Wall Street Journal has suggested that Apple is working on a new streaming television service that can be expected to debut at WWDC. Apple seems to be partnering with various content providers to offer this service, which will offer about 25 channels and can be availed for $30 to $40 per month.

With the persistence of so many rumors, let us wait to find out how Apple gets something better for the fans this year.