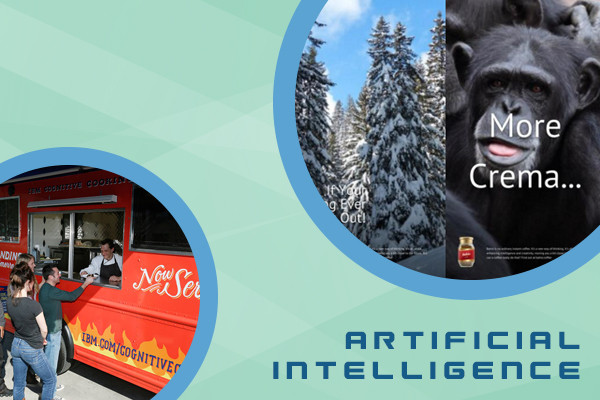 Artificial intelligence, machine learning, big data and data scientists are all terms that have garnered a lot of industry hype in the past year as companies rush to monetize their existing datasets, create new revenue streams and even new product lines.

But most businesses still think that AI and machine learning (a subset of AI) are useful only for fraud detection, predictive maintenance, data mining and customer sentiment analysis.

While these uses are very important for enterprises, our data scientists believe that the real-world uses of artificial intelligence and machine learning are hampered only by our lack of imagination. Once we started exploring the possibilities of AI, we discovered so many innovative uses that we ended up splitting the post into two-parts. 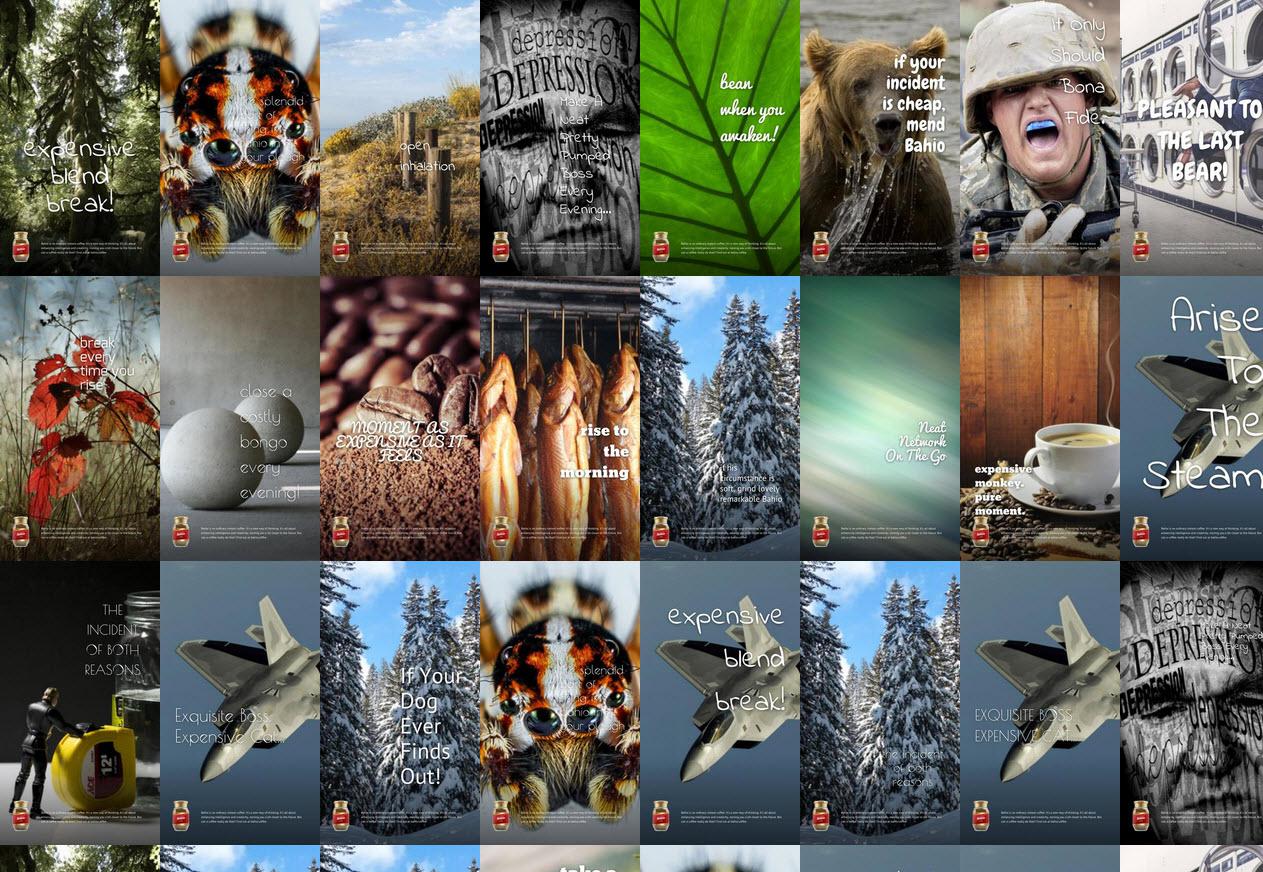 The story arc of the latest season of South Park focused on evolving ads that tried to takeover and destroy the town. But in a case of real life imitating reel life, ads that evolve based on user interaction are already underway!

In July 2015, ad industry giant M&C Saatchi launched an artificial intelligence based poster campaign in central London. The aim of the experiment was to improve ads based on the audience’s reactions. For this purpose, the agency created a fictitious coffee brand named Bahio.

The digital billboards were loaded with 1,000 images and hidden Microsoft Kinect cameras that read the emotions of people passing by them. Based on the emotions that it recognized (sad, neutral or happy), the billboard changed the poster’s images, layout, slogans, font size and colors. The idea, according to M&C Saatchi executive Dave Cox, was to let the ad write itself based on how well it was working.

The experiment was powered by an algorithm that tests out different executions of an ad’s elements. Elements that were not very engaging were discarded and the ads kept evolving. In this way, each “generation” of an ad got better and this is the reason why the agency calls its algorithm a “genetic algorithm”.

The agency’s aim was to create ads that were free of preconceived notions and self-editing that often arise from teams of human copywriters. The biggest benefit of such algorithm-driven advertisements is ad optimization. Multivariate testing is already a standard procedure in website design and now the same can be done with billboards.

Bahio to see all the ads that were generated by the system, the popularity of each ad based on viewer expression and the generation of each ad. 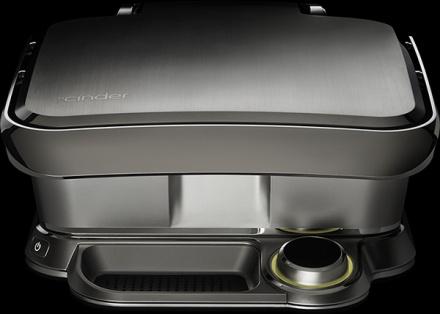 Having the ability to cook the perfect steak is considered by many to be an art form. But that doesn’t mean that a little science cannot be added to it. Cinder Cooks is a startup that wants to create a smart kitchen. Its first offering is a smart kitchen appliance called Cinder which is powered by software and sensors.

The device has thickness sensors and algorithms in its software in order to create dishes that match the quality of a sous chef. The technology behind this runs on the same kind of precision engineering found in a satellite’s navigation systems, as claimed by the company’s CEO, Eric Norman. Just as the predictive algorithms prevent satellites from drifting away from their orbit, Cinder’s algorithms ensure temperature precision. The company claims that Cinder can reach a temperature of 135 F in just a few seconds and cook a medium rare steak in 28 minutes. The device also comes with a mobile app that is used to control it and has lots of preloaded recipes. 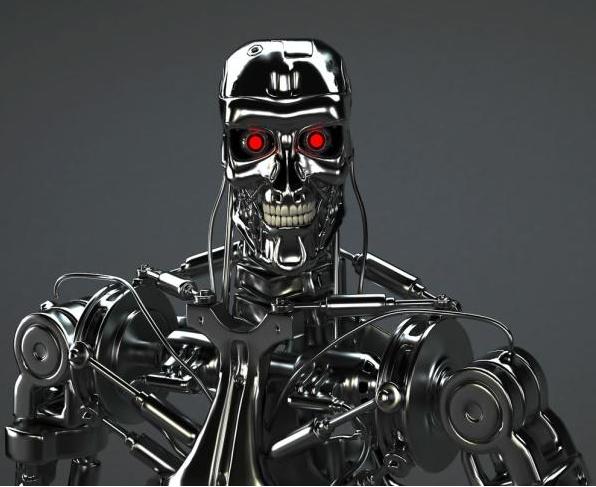 Not a robot writer (yet)

This one hits close to home, since yours truly writes for a living. Can robot writers ever truly replace the human mind? Can they produce the complete works of Shakespeare? Well, if certain data scientists have their way, writers won’t be needed in the future.

Wikipedia is one of the best things to have happened to the Internet. You don’t need to buy an encyclopedia anymore to look up information. It’s edited and updated by thousands of dedicated users. But this is where the problem comes in. There are always vandals who are removing good information and adding bogus information. The volunteer editors are not always around to clear up the mess immediately and the vandalism can go undetected for days. This is where algorithms come in.

Aaron Halfaker, a senior research scientist working at the Wikimedia Foundation, has created an AI engine for detecting vandalism and removing it. The project is called the Objective Revision Evaluation Service (ORES).

ORES analyses the edits for 14 wikis* as of now and divides the stream of edits in three categories using machine learning models.

Damaging – This model is used to predict if the page has been damaged, although not all damaging edits are considered to be made in bad faith.

Good faith – As the name suggests, the page has been modified incorrectly but there seems to be no malicious intent behind it. Identifying good faith contributors and supporting them is important for Wikimedia to help it grow its ranks of voluntary contributors and editors.

Reverted – This model predicts if an edit needs to be reverted.

The end goal is to train the models to replicate the quality assessment work done by humans and help the human editors, especially new contributors, instead of replacing them.

Automated Insights’ Wordsmith software is at the heart of this process where data is converted into stories based on the AP style guide.

AP says there have been no layoffs despite the automation since the human writers can now focus more on in-depth and informative stories instead of writing earnings stories which do not fully utilize their talent. In fact, even in the automated earnings stories, AP reporters and editors do carry out updates and corrections if needed. 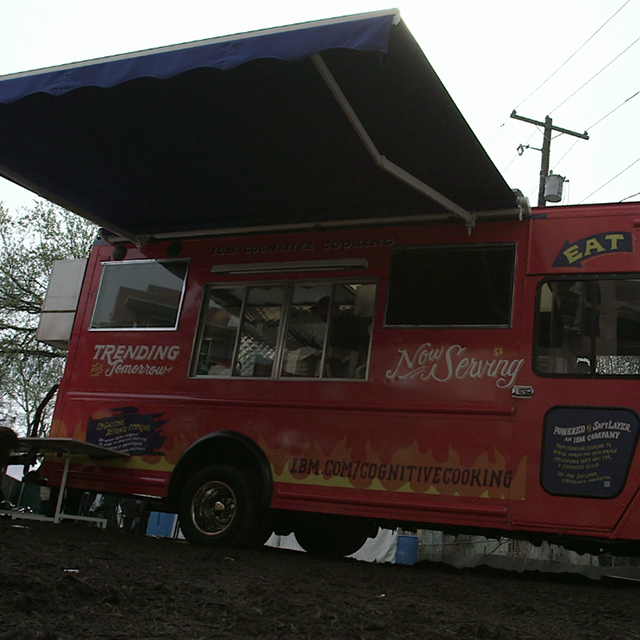 IBM has been promoting its Watson supercomputer for quite a while now and the company continues to demonstrate the supercomputer’s uses through innovative marketing techniques.

The IBM food truck is one such example in which it collaborated with the Institute of Culinary Education. IBM is calling the experiment “cognitive cooking”.

The set up in the food truck has access to the supercomputer’s analytics and machine learning tools which are used to create new recipes, including many which no human chef would ever think of!

Vietnamese apple kabab – three words that you did not think could ever be together but are, thanks to Chef Watson.

The first step in the process involves sending the chef’s selection to the cognitive systems hosted on IBM SoftLayer. Here the cloud based analytics uncovers what makes each dish unique.

After this the supercomputer is able to create thousands of possible recipes from just a few ingredients, something which is not possible by a human chef. IBM claims that Watson has the ability to generate quintillions of recipes.

To know if the recipe created will result in something palatable, cheminformatics is used. Cheminformatics, which means chemical informatics, is a process used by pharmaceutical companies for drug discovery. Watson uses this method to convert flavors into molecular formulas.

The next step is hedonic psychophysics. This is a process used to model human taste at the molecular level to see how the recipe would actually hold up in the real world. The recipes are ranked according to their ability to surprise and are then forwarded to a human chef who creates it.

Algorithms form the core of this system and the company’s goal is to show that artificial intelligence can not only make businesses more efficient by using big data (in this case the ingredients and all the possible combinations) but also more creative. 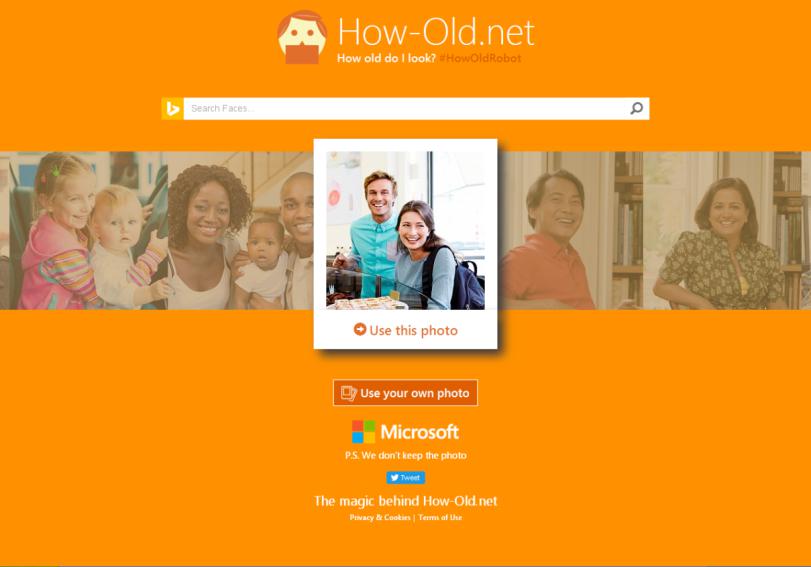 Image classification using algorithms is one of the major uses of machine learning today and Microsoft‘s How Old Robot falls in this category.

It is an age-guessing website that uses machine learning to guess a user’s age. The website has been used by 80 million people so far with over 500 million images uploaded on it, according to Microsoft. The system uses Microsoft’s facial recognition APIs to do the work. These APIs are now available and can be used in the following manner:

The other Azure Machine Learning APIs are now giving developers the ability to develop systems based on text analytics, computer vision and speech for use in various industries.

To know more about artificial intelligence, read our second part of this series or if you are convinced that AI can be used in your organization, contact our data scientists to learn how to do it.