SolPi – A smarter way to light up your home 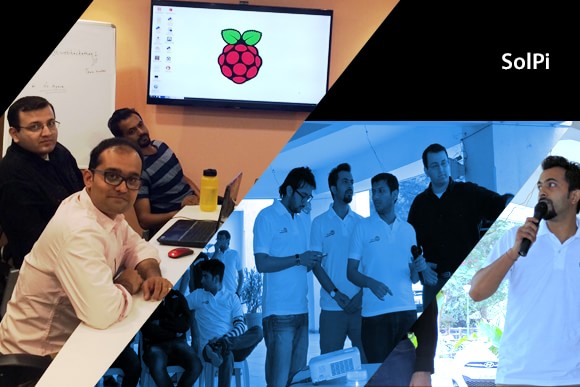 “I have not failed. I’ve just found 10,000 ways that won’t work.” – Thomas A. Edison
Midway into the 21st century sees us embrace technology like never before. What was deemed impossible a few years ago is now an absolute reality and as we go along, more is sure to follow.
The Softweb Hackathon announcement warranted an elated response and that is what ‘us writers’ exactly gave, ready to dive in head first. Numerous hours of brainstorming led to a number of ideas that felt convincing at the time but just couldn’t live up to our own personal demands. Then, from a mere coffee break conversation between us (I guess, that’s what we ace at) spawned a neat little idea on the lines of home automation.
We started with the concept of a Bluetooth-based switch that would control an electric bulb via a smart phone. Being primarily writers, we were wary of foraying into ideas that required hardware expertise. Still, we planned on moving forward after some much needed research. Right then, as if we weren’t already confused, Advait shouted, ‘Raspberry Pi!’ It turned out that we were all very excited to ‘play around’ with the tiniest computer in the world. We finally had a winner, but the challenges were only beginning. 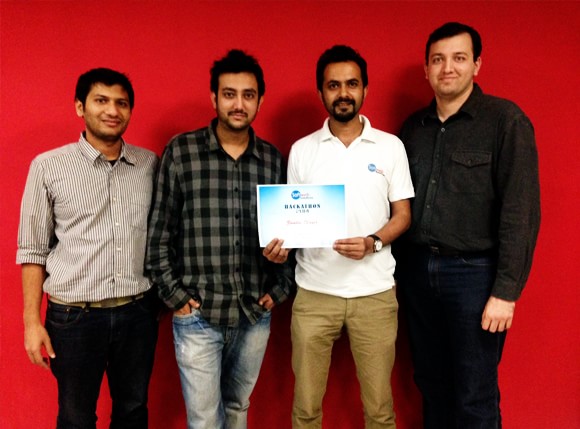 Left to Right (Rohan, Hardik, Rajat, and Advait)
Zipping to the kick-off time, we had a ready list of components required for our project. We divided project related tasks amongst the four of us where two members took the marketing side and the other two took on assembly.

The first step was the unboxing of the Raspberry Pi, which was exciting for sure. Setting up the Raspberry Pi took less of a time than we expected. The instructions on www.raspberrypi.org are simple and precise. A special thanks to Jignesh Soni for helping us with the network side of things.
All the hullaballoo aside, it was time to get serious. So we put on our engineering hats and sat to work! As the night progressed, it dawned on us that we had never embarked on such an arduous task. The intricacy of coding coupled with an extended (and complicated) relay circuit had us scratching our heads. This is where, Bansal, our Java volunteer came to the rescue and we were able to set the code right. Phew!


The Extracurricular(s)
To make the event fun for all, our organizers devised a series of games. Rajat aced the ‘Queen Sheeba Wants’ game though we did not win. Advait won the ‘pick the sprout with a straw’ game! To supplement this magnanimous event, we had great food, unlimited coffee, and tons of snacks for the whole 24 hours.
All in all, the Softweb Hackathon 2014 was an incredible experience for Team 2. We were able to test ourselves to the limit and work on a project that people thought we might not be able to do. We thank the company for giving us such a platform replete with every supplement we could think of. Now, we are ready to catch any challenge thrown at us!