Noti-Fi – An alternative to beacons by Softweb Hackathon Team 13 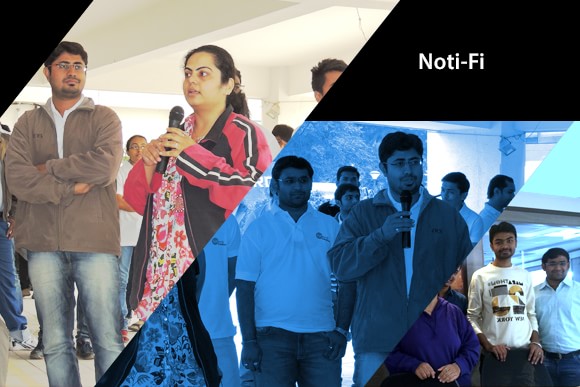 The Hackathon gave platform to teams to bring out their creativity with growing techno-savvy concepts. Noti-Fi; as a concept was also one of the brain teasers of #SoftwebHackathon13. 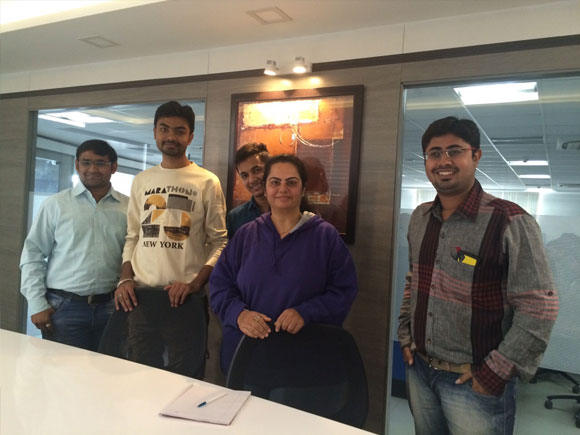 (From Left to Right) Deval Patel, Pranav Tank, Rahul Shah, Pooja Thakker, Anand Hariyani.
Softweb Hackathon Team 13 came up with an idea to find an alternative to Beacons prevailing in the market for Indoor GPS locator. As such there are no competitors to Beacons and they are playing a crucial role in Indoor Positioning which is also helping lots of industries for promotions. With Noti-Fi, the team wanted to find an option where the existing setup of Wi-Fi routers can be used as Beacons to send out notifications to the end customers for Indoor GPS locations.
Using compound algorithms for distance calculation and position mapping, the Noti-Fi became successful in getting 85% accuracy which can beat Beacons at certain level. With more research and complex algorithms, the accuracy can be increased and Noti-Fi can be at par with Beacons in competition. The major difference between Noti-Fi and Beacon is, Beacons need additional / external device along with SDK to be integrated for Indoor Position location, whereas Noti-Fi simply relies on your existing Wi-Fi setup. To enhance the features of this concept, we also introduced setting up “Mobile Hotspots” where any mobile phone can be turned into Wi-Fi hotspot and work as a Beacon to send out notifications.

We had 24 straight hours to achieve our anticipated results. Each person in the team took up certain tasks that involved programming and marketing. The goal was to present an application / prototype that would showcase Noti-Fi. As mentioned above, we were able to achieve 85% accuracy with Noti-Fi.
Why Noti-Fi?

Where can Noti-Fi be used?

Personal Touch
The event was full of fun, hack and excitement where every moment was filled with fun activity, thought process on what other teams are doing, how we can perform better than other teams and trying to win the judges favors . The best part was the competition within the team which turned out to be healthy and friendly. The feeling of competition was lively rather than just any other day in office even for non-participants. Team 13 is looking forward to the next event!